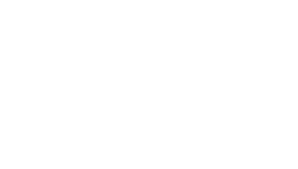 Last week, the National Federation of State High School Associations (NFHS) announced that starting in the 2022-23 season, a 35-second shot clock will be allowed in high school basketball games if adopted by the state association.

There have been nine states that have already been experimenting with the shot clock and were recently sent a survey to evaluate the success of it. There was a vote of 11 to one to pass the state association adoption, which showed that there wasn’t much negative feedback from the survey, according to Executive Director Karissa Niehoff.

Marc Beasley, a referee and owner of Monarch Sports Arizona, is hopeful about what this means for the shot clock coming to Arizona high school basketball. In a survey sent by the AIA in March, 74 percent of coaches were in favor of adding the shot clock.

There are a variety of factors that state associations, like the AIA, will have to take into account going forward. One of those will be the financial aspect, as well as having the appropriate training and personnel to run the shot clock.

This is one of the reasons why a national rule mandating the shot clock wasn’t approved. Beasley had heard that the shot clock commitment could cost anywhere from $4,000 to $5,000.

“Chandler Unified School District may have that money within their budget where it’s no big deal,” Beasley said. “But the school districts in Northern Arizona may not…the states are really going to have to do their homework to see which conferences are going to really focus on it and want it to happen.”

Despite the big commitment that could come with implementing the shot clock, schools and state associations still have two years to prepare with the adoption beginning in the 2022-23 season.

“You need somebody who’s going to be able to do it,” Beasley said of running clock. “I think in two years, I think that’ll give enough time for schools to budget equipment, and to find the personnel to train. I like having it in two years, as opposed to next year.”

During a Zoom webinar with the media on Thursday, Niehoff noted that it isn’t mandatory for schools to start during the 2022-23 season.

While some may see this potential addition as a benefit to prepare athletes for college and beyond, Beasley doesn’t agree. Instead, he believes this could add an exciting element to the end of games.

“Now a coach is really going say to his kids,‘Hey, defensively lock in for 35 seconds, play hard defense, don’t foul, get the rebound and then we’re going to have a chance on the opposite end,’” Beasley said. “Instead of just that free throw marathon that goes back and forth at the end of games, now teams are going to have to lock in and defensively be strong in order to give themselves a chance to win.”