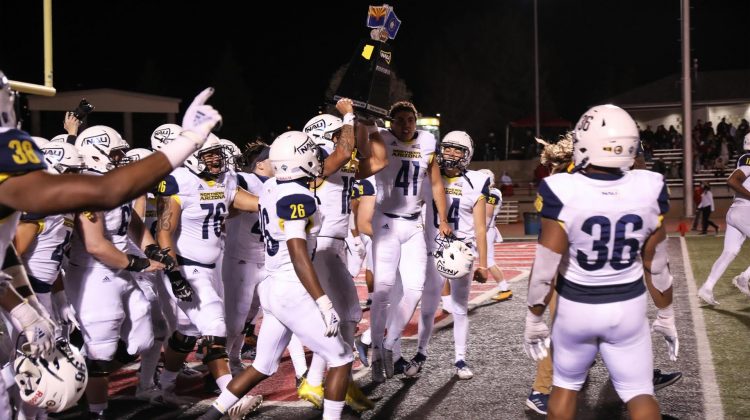 The Grand Canyon Trophy is going to continue to stay with Northern Arizona, as the Lumberjacks defeated Southern Utah 28-20 on Saturday night thanks to a roaring comeback.

Down 14-7 at the half, NAU outscored Southern Utah 21-6 in the second half and held on for a one-possession victory in Cedar City.

One of the turning points in Saturday’s contest was late in the first half. With both teams defenses standing tall, the Thunderbirds jumped out to a 14-0 lead and looked like they’d be keeping NAU scoreless going into the locker room.

However, a Keondre Wudtee deep ball down the seam to Coleman Owen set the Lumberjacks up at the two-yard line, then Wudtee found Kevin Daniels as he leaked into the end zone.

What looked like an NAU scoreboard with a goose egg going into the half turned into points. That set the momentum for the final 30 minutes.

George Robinson had a 15-yard burst for a touchdown, then Wudtee added another score later on with a quarterback sneak at the goal line to give the Lumberjacks their first lead late in the third quarter.

For the second time in the 2021 spring season, NAU captured the rivalry game win with a second half comeback. However, this time around didn’t exactly feature the last-second heroics of the first matchup.

Wudtee finished going 23-35 for 289 yards while Robinson had 82 yards on the ground in a balanced rushing attack.

The victory snapped the program’s 12-game road losing streak, and if not for a Weber State miracle on a hail mary, the Lumberjacks would be sitting at 3-1 in this year’s shortened spring season. Instead, they are 2-2 with one last game still to play.

The Lumberjacks have their final home game next Saturday, March 17 against Idaho. Kickoff is scheduled for 1 p.m. local time. 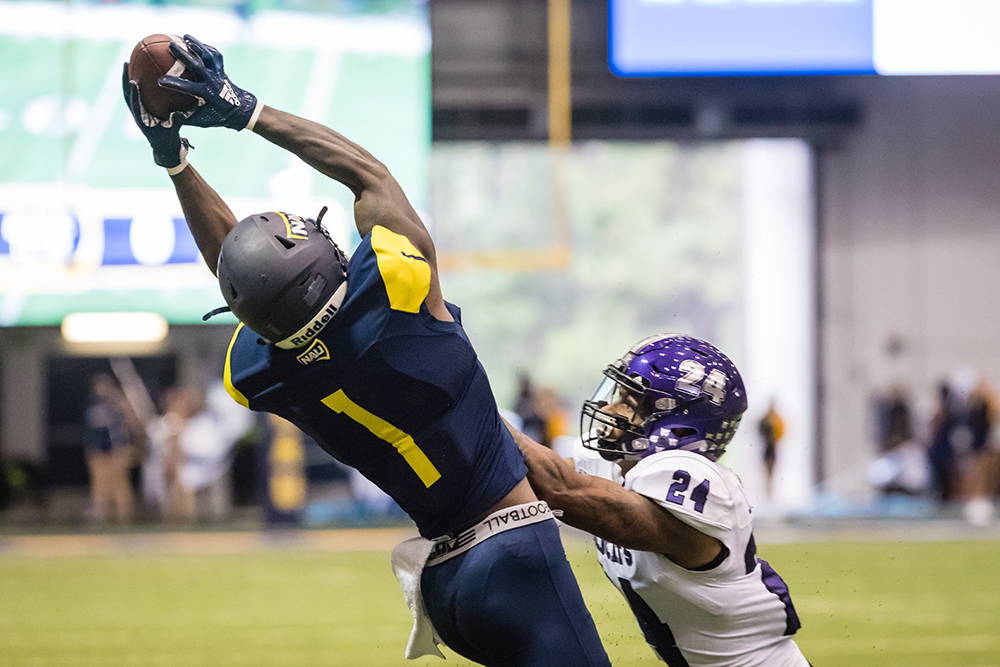 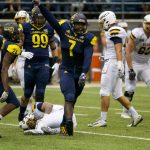 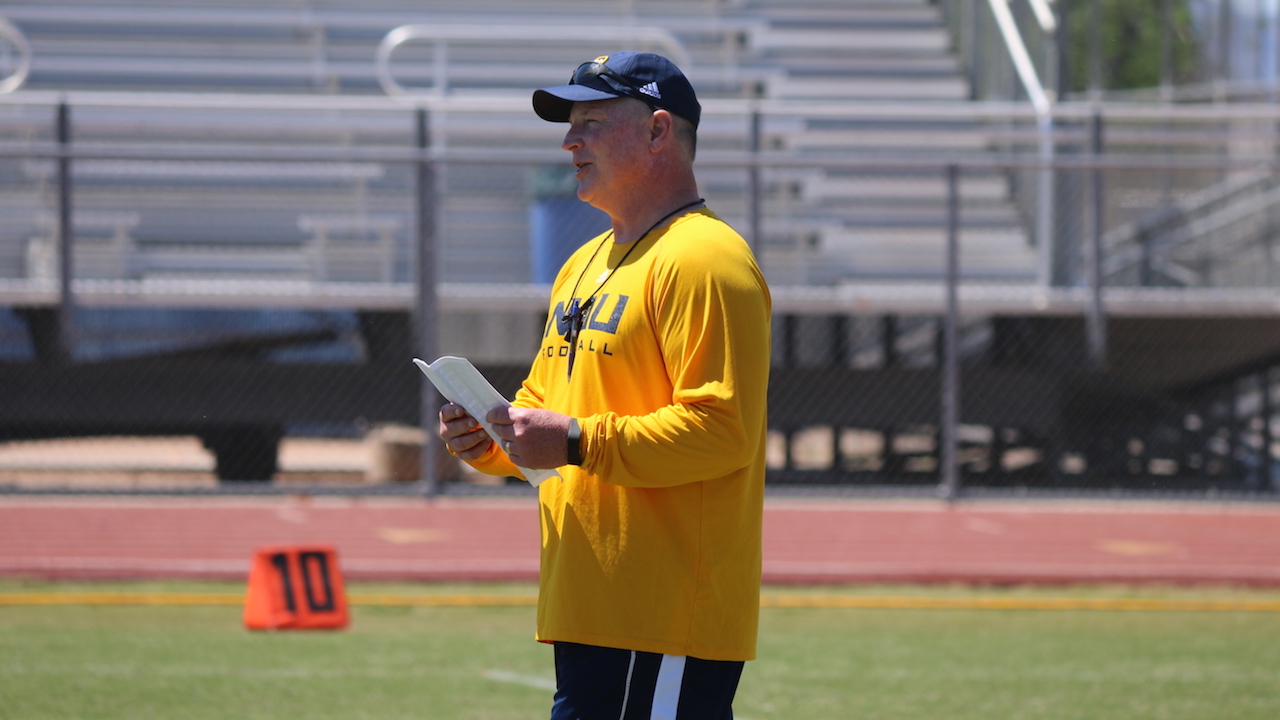