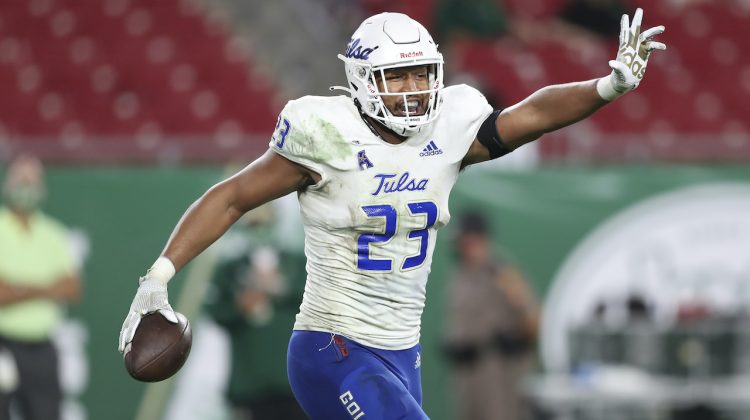 The first pick for the Arizona Cardinals is in: Tulsa linebacker Zaven Collins.

This is the second straight first round linebacker, pairing him with 2020’s No. 8 overall pick Isaiah Simmons. He could provide that same versatility to the Cardinal defense.

He was the highest-rated linebacker according to Pro Football Focus this year and won the Bronko Nagurski Tophry and the Chuck Bednarik Award in 2020.

Nagurski and Bednarik awards winner LB Zaven Collins from Tulsa is headed to the Arizona Cardinals at No. 16. #NFLDraft pic.twitter.com/wBCa9WkNp0

A native of Hominy, Oklahoma, he played quarterback, linebacker and safety in high school, where he rushed for 4,084 rushing yards and 54 touchdowns. He also threw for 32 touchdowns through the air.

According to Pro Football Focus, the site evaluated him as a “freak of nature” physically and has the quickness of an undersized linebacker. Though, they assessed he needs to work on tackling and using his size to his advantage.

The Cardinals hold the No. 49 pick in the second round on Friday.