History was made for Page High School last Saturday, after both the boys and girls basketball programs won the 3A State Championships against Snowflake High last Saturday.

For girls head coach Ryan Whitehorse, this was a meaningful win for both teams, being able to bring something positive back into the Page community and Navajo nation after a difficult year with COVID-19.

“This is the first time in school history that not only the boys won the state title, but both boys and girls programs have won a state title and it’s just kind of a symbolic feeling for both of us to have a season like we did this year,” Whitehorse said. “Playing through COVID, playing through all the adversity we had to overcome, and being able to win it all at the end, it’s just a great feeling.”

This was Page’s second matchup against the Lobos. The first time around, the Sand Devil girls won 41-20, but this time it was a much different game.

Defensively, the girls struggled in both matchups, but in the third quarter of the championship game they were up by 10 points. Snowflake got within a couple possessions, but the Sand Devils were able to keep the lead, ending the game with a 36-32 victory.

Leading them to an undefeated season was Miquedah Taliman, Neve Redhair and Torrance Begay. They all stepped up in their own way to prove and redeem themselves after sustaining a loss in last year’s championship against Sabino. Whitehorse noted how special the senior group was.

“They know what it takes to win a championship, they know how it feels to lose it,” he said. “They just really used that and came together as a team at the end to use that to their advantage.”

The girls program finished the season undefeated at 18-0. After they took the win against Snowflake, the team was able to watch and support the boys team take their first ever state title as well.

“We always support one another no matter what, it doesn’t matter. Whether the program is successful or not, being able to both play in the championship game, you want to support each other even more because you know you want the best for each other’s program,” Whitehorse said. “Like I said, I always look up to coach Smith and I wish him nothing but the best and I know he feels the same way for our program.”

After the girls game, bhe boys’ basketball program clinched their first state title, also defeating Snowflake 64-51. Head coach Justin Smith expressed how huge the win was after the hard season they had and how well they handled it emotionally.

“Their resolve, just their willingness to take the good news with the bad news with the good news…such an up and down season for those boys emotionally and I’m sure it was for every program throughout the state, just with everything we have had to deal with this year,” Smith said, “but my boys especially showed a ton of resolve dealing with everything that they had to deal with this year.”

The first time they faced the Lobos, they lost 76-69. But by the second time around, the Sand Devils were the better team. They learned from their past experiences.

“We defended really well, and I mean we just did what we are good at,” Smith said.  “We took care of the ball, we shared the ball offensively and played great defense, championship defense.”

Before being head coach of the boys program, Smith led the girls team to multiple state championships. He knows the feeling of winning a title, and carried that over to the boys program as both teams displayed their talent.

Whitehorse played for Smith when he was in high school and learned everything about coaching from him. But for Smith, the roles have reversed. Both have taken and grown so much because of each other.

“He played for me, that’s how old I am,” Smith joked. “I’m very very proud of him and what he has done with the girls program. He has taken it to a whole new level from when I had it. I appreciate him saying I’m a mentor to him and I think maybe I was early on his career, but lately he is probably just as much of a mentor to me than I was to him.”

After both programs lost last year to Sabino, it was a redemption year for the Sand Devils, and they accomplished just that. No matter if they won or lost though, the girls and boys programs are always supporting each other. They now have two trophies to bring home.

“I’d like to think they do support each other, but as much as its two different programs, it’s Page High School Basketball,” Smith said. “I know we root for them and know they root for us. So, I think it pretty darn cool that we get to bring two gold balls back to Page.”

Now, on the verge of getting selected in this year's #NFLDraft, he anticipates being mad when he gets picked.

Birds of a Feather: The Strong Bond Between Anthony Lucas & Derrick Nsubuga - https://t.co/WjLNmNrVX2 via @sports360az
View on Twitter
2
10

Birds of a Feather: The Strong Bond Between Anthony Lucas & Derrick Nsubuga 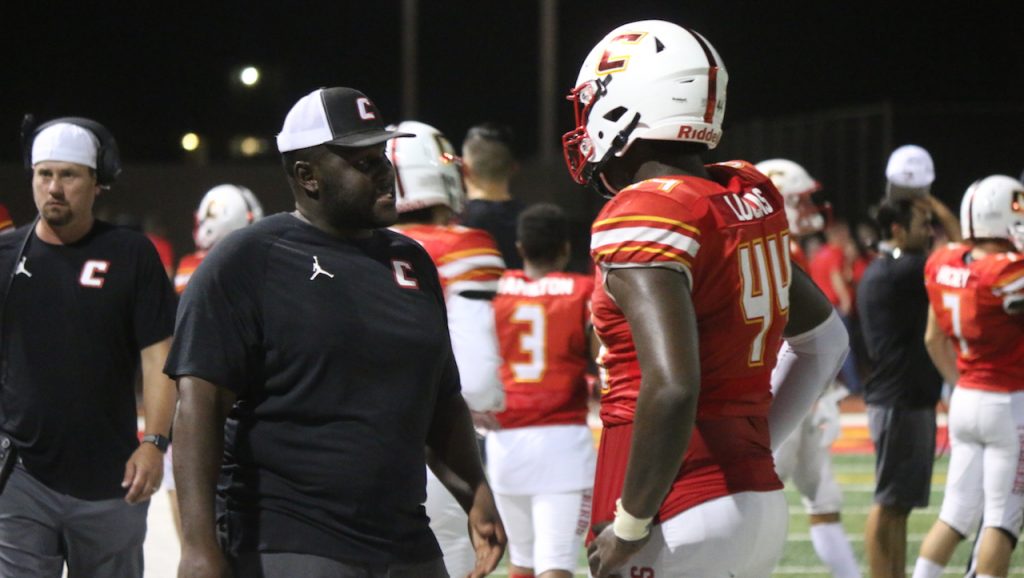