As. junior, Flores threw for 1,563 yards for 11 touchdowns and interceptions. He also led the Cougars in rushing with 934 yards and 16 touchdowns. The 6-foot-1, 210-pound styles his game after Russell Wilson and Kyler Murray for their ability to accurately pass and make plays on the ground as well.

While the individual accolades are nice, he’s focused on what his teammates at Casa Grande can achieve.

“I would say that we’re building something that will leave a mark there,” Flores said. “We always talk about winning a state championship. I would say I would define these past couple years as very memorable”

He also wants to get his teammates noticed in the recruiting process. The Cougars have had players go to the next level, but Flores is aware that the program may not get the same eyeballs from college coaches that a traditional power may in Arizona. He wants to use the attention he’s getting by those coaches to help spread the word on fellow Cougars.

Flores currently holds offers from Morgan State, NAU, Columbia and Georgetown and wants to pursue a career in sports medicine.

And he has a list of priorities for his college destinations.

“That’s going to set me up after life after football because I know it’s not gonna last forever,” Flores said. “It’s something I can go back to. (I want) a program where I can go and compete where they’re always going to push me to be the best football player I can be possible.”

The Morgan State offer will be one Flores remembers for a long time.

“For the first one to come in, I was very excited,” Flores said. “Just that feeling that can your hard work is actually being noticed”

NAU has built a program on multiple Arizona-heavy recruiting classes the past few years under Coach Ball. They seem to continue that while focusing on the Casa Grande quarterback.

Columbia has come in and earned commitments a few Arizona playmakers in Marcus Libman and Nicolas Nesbitt in recent classes, and adding a quarterback to that mix could solidify a pipeline to New York.

“Obviously, it’s an Ivy League school, so you’re gonna get great education out of it,” Flores said. “There are just the benefits that come with it really, like, you’re going to a four years school to make a forty year decision. That’s what kind of the coaches are explaining to me: how is he kind of set yourself up for life if you go to a school like that?”

Georgetown is the latest offer for the Casa Grande quarterback, and his connection with the coaching staff has been evident early.

“Georgetown is a great program and the school is beautiful,” Flores said. “(Offensive coordinator Rob Spence) used to coach at Clemson so he knows what he is doing. He’s a real smart and cool guy to talk to. It’s an awesome opportunity to have if I wanted to play there.”

With big-time regional and national camps and showcases seemingly a go this spring and summer, Flores will look to take advantage of those opportunities to add momentum to his recruitment and prep for his senior year.

@100Percent_Mike Oh shit, I just googled it, and apparently my joke is right https://t.co/toythyNKAP
View on Twitter
0
1

Linebackers for the #AZCardinals getting after it today. Lots of youth, lots of talent 📸 @Sports360AZ https://t.co/0rTC7t3ZEE
View on Twitter

Probably helps if I actually link to the story 🤷‍♂️

"We’ve definitely addressed it in the team meetings and there’s a lot of new faces who weren’t around for it, but they understand how it happened.” 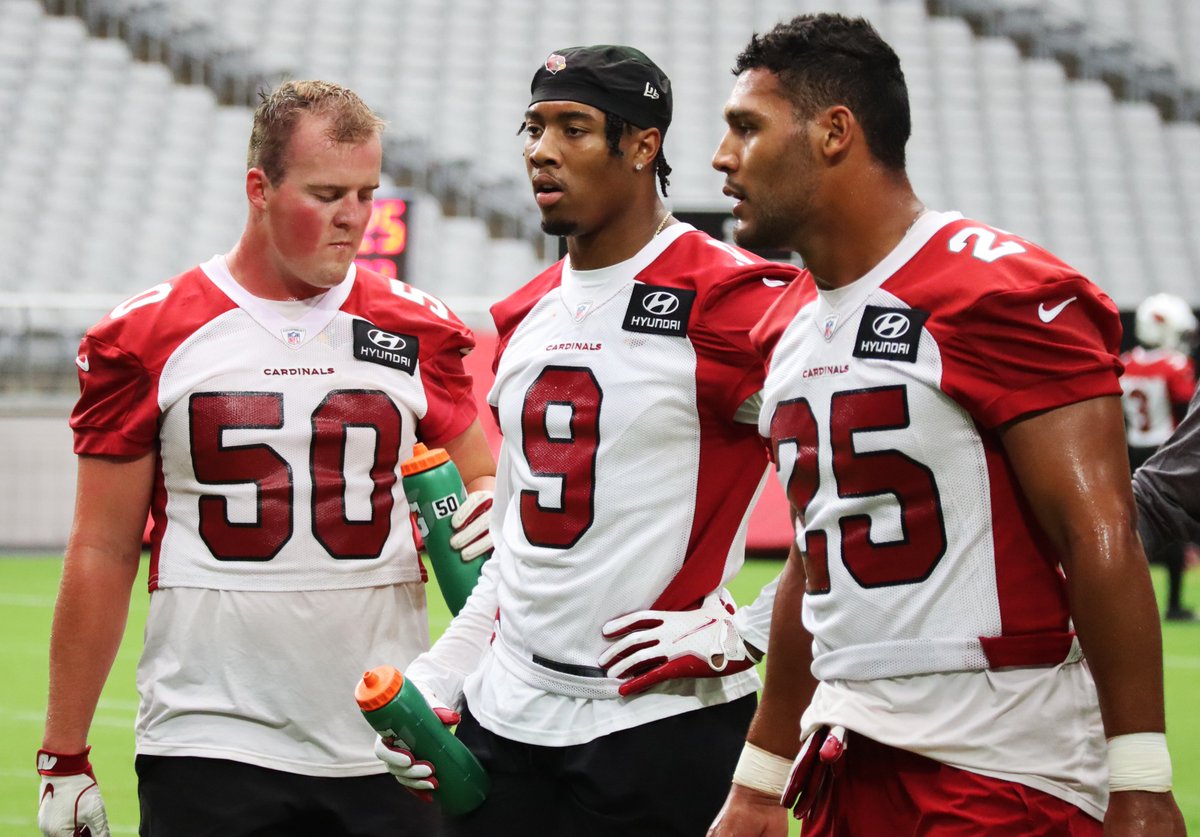