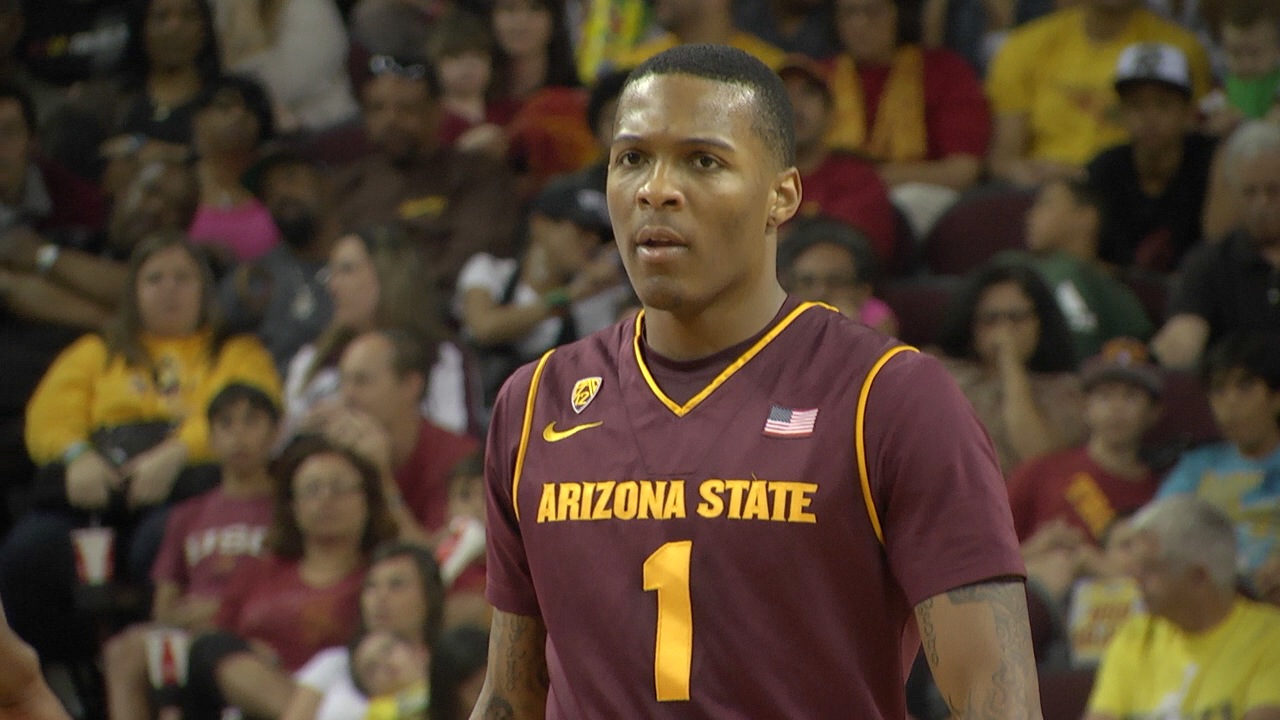 The lifestyle of an international basketball player is one that few people can handle. It takes a special type of person to deal with constant movement, communication barriers and unfamiliar surroundings on top of the immense expectations that come with being a professional athlete.

Jahii Carson’s basketball adventure has taken him from his native Phoenix to the southeastern European country of Bulgaria, where he plays for Academic Plovdiv of the Bulgarian National Basketball League.

Along the way, he has made stops in eight different countries across three continents, experiencing the best and the worst that the international game has to offer.

An undersized but supremely talented scoring guard coming out of Arizona State, Carson was passed over in the 2014 NBA draft, and opted to go the international route instead of trying his luck at the G-League.

“The decision for me to leave was just basically a decision of how I could continue my career and still be relevant,” Carson said. “If I ever do try to go back to the NBA it’s like, ‘okay, well he’s played in the top leagues in the world’ so it would be an easier transition.”

The first stop on Carson’s world tour was Australia, where he played one season for the NBL’s Wollongong Hawks. He received a summer league invite from the Orlando Magic following that season, but an injury threw a wrench into his plans to earn a roster spot.

Carson set his sights on Europe after returning to health, signing on in Turkey and playing well enough to earn a training camp invitation from the Oklahoma City Thunder. However, the long and grueling European season had taken its toll, and his hopes of making an impression on the Thunder were once again derailed by injury.

“I had a minor injury which kept me sidelined from participating in the actual games,” Carson said. “The overseas seasons are so rigorous and so long that if you step out of that box you could miss that opportunity to get back in that box. Until I find the right situation that I’ve always felt the right timing to go back and get into an NBA camp and get an NBA opportunity, I just have to strictly stand into the European competition.”

From there, Carson would venture to Canada, Greece, Cyprus, Romania, Iceland and eventually Bulgaria. Each stop came with its share of success, but there were tough times as well.

While he felt at home in Australia due to the warm climate and lack of a language barrier, the reality of being a young American kid in a faraway country with few English speakers hit him hard once he got to Europe, and it took some getting used to.

“That was the real culture shock,” Carson said. “I was in Turkey, I was in Greece, they speak nothing but their native tongue. You’re alone, you’ve got to find things on your own, you’ve got to try and find somebody that understands English and that can understand where you need to go to get certain things. It was tough but I’m pretty much used to it now.”

Feelings of isolation weren’t the only problem Carson encountered during his stay in Greece. While he led the league in made field goals and finished fifth in scoring, his Koroivos squad finished 13th out of 14 teams and was demoted to the country’s second division at the end of the year.

The demotion resulted in lost TV revenues and sponsorships for the team, which angered the team’s management enough for them to send Carson and a teammate packing, even though he had been one of the team’s only bright spots.

“They basically told us, ‘when you get to Athens, you give up your car and the rent center will give you your tickets and your itineraries,’” Carson said. “We give up our cars, we go walk across the street to the airport and we text our General Manager. He texts us back and says, ‘we won’t be paying for your flight home.’ That’s the worst thing that can happen to somebody that’s abroad that’s not from over there.”

The plane ticket fiasco was traumatic enough for his teammate to retire from basketball altogether, but Carson did not let it deter him from continuing to build his brand in Europe. Not content with living off of his high school and college success, Carson’s desire to stay relevant motivates him to get better at each stop he makes on his journey.

“I really want to play at the highest level of competition,” he said. “Whenever somebody sees or hears about me and remembers what I did in high school and college, I want them to know that I’m doing the same things in Europe.”

Even stronger than his desire to keep playing is Carson’s unwavering belief in himself. He has remained steadfast in his pursuit of the NBA dream through the highs and lows of his time overseas, savoring every moment while he waits for the right opportunity to come along.

At 27, Carson recognizes that opportunity will likely have to come in the next couple of years, but he feels confident that the best is yet to come.

“I still have many years left to play,” Carson said. “I’ll be adding on to my list of achievements. I have three years until I hit 30 and I want to try to make it to the NBA by 30. If not, I’ll just continue to stay in Europe and continue to make my mark.”

Only time will tell what lies ahead for Carson. Whether he returns to North America for an NBA opportunity, settles down in Bulgaria or continues to travel through Europe, the future looks promising.

A story that began in Phoenix has now reached the four corners of the world, and whatever his next move may be, you can bet that Jahii Carson has not added the final stamp to his passport.