Devon Henry rides the inside lane, going inside the world of racing in the State of Arizona. In this episode of ‘The Inside Lane,’ Devon is joined by the 2008 Toyota Pro-Celebrity champion, the 2013 ‘Outnumber Hunger Live!’ Country music show M.C., and the first-ever female play-by-play commentator for live televised motorsports. The play-by-play announcer for the ARCA Menards Series on FOX Sports, from Las Vegas, Nevada, it’s Jamie Little!

Devon and Jamie discuss her goals and aspirations as the first woman to do play-by-play for televised motorsports and the upcoming ARCA Menards Series General Tire 150 at Phoenix Raceway. Also, her role as the owner of two Jimmy Johns and Nothing Bundt Cakes, as well as her thoughts on Phoenix Raceway as the venue for the NASCAR Championship. All of that and much more on this edition of ‘The Inside Lane.’ 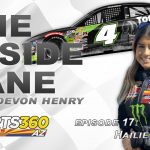 The Inside Lane | Episode 17: Hailie Deegan 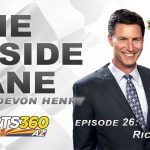 The Inside Lane | Episode 26: Rick Allen 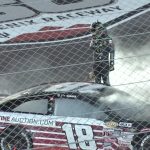 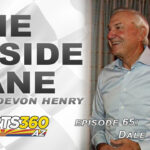