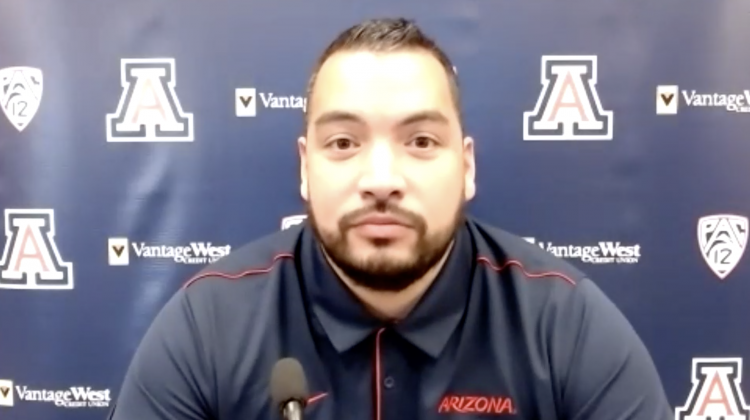 “There is damn good football in the state of Arizona.”  Jordan Paopao Arizona’s tight ends coach said in a zoom interview with the media last week.

New University of Arizona Head Coach Jedd Fisch said that within two days they would have reached out to all high school football coaches in the state of Arizona. Building a gate around the local talent and keeping them home has been of some concern for both Arizona State and U of A fans over the last few years. Now, with Fisch’s team, they mean business and could give the Sun Devils a run for their money.

“Building the gate around it, but ultimately it’s about being able to consistently recruit at all times and not just making scholoarships offers and then letting kids wonder what happened to the staff at the University of Arizona, its the constant communication with parents, with kids, with coaches,” Paopao explained.

Arizona State and Herm Edwards have made it clear that their mission is to recruit players from coast to coast. ASU does get into hot water a lot of time by not fencing in the deep talent Arizona has to offer. That might change now that the Wildcats have their eyes on the local heroes, but that’s not all, with all of the connections this U of A staff has to Southern California, that too will be a hot target as to be expected.

“I grew up in Los Angeles. I have a lot of conections there and my dad still coaches high school out there … so that has been where most of my time has been spent,” said Arizona’s wide reciever coach Kevin Cummings. “There are even spots in California where people don’t think you can find good players, but there are…the IE (Inland Empire) is an area we can hit strong, San Diego area has some fantastic football players, as well as the San Francisco area.”

“We are going to search far and wide to see who fits what we are trying to do.”

This new U of A football staff is impressive, and from the looks of it, they aren’t stopping at anything to make sure they pull the best from the best from right here in the valley.

Proof is in the pudding with the Wildcats latest offer to one of the top defensive backs in the valley from Highland High School, Ammon Allen. The Cats claws are out. Allen is a gem.