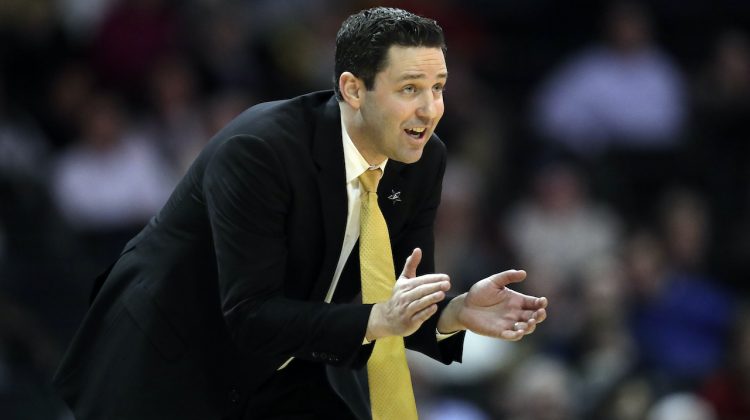 With 900 fans dressed up in Disney-themed outfits, a fun video and event production team, a beautiful arena, and a team that matches all the energy provided by the latter, GCU Arena is the place to be in Arizona to experience any resemblance of what sports were like prior to the COVID pandemic that struck us almost a full year ago. They did this safely as well, with constant reminders to wear masks and security that helped remind students to leave their masks on.

Last night in an important WAC matchup with New Mexico State, the GCU Lopes allowed 600 more fans than they had all season, and it paid off with a win that propelled them into first place. It was a party from pregame to post game. They’ll do it again tonight in game two of this series, so having a student section will be important in repeating the same energy that allowed them to control most of the game.

THE HIGH FLYER!! IT'S A PARTY AT GCU ARENA!!! pic.twitter.com/jviADZSrvm

Experiencing this first hand by interviewing fans in the stands and filming the game from the baseline was euphoric, even though this is hardly the type of energy that GCU Arena holds during a “normal” year. Maybe one day we will see more teams and arenas get back to this sort of “normal.” I went in to the arena exhausted from working back-to-back 16 hour days, but left feeling more energized than I’ve felt in awhile. And that’s as a journalist and not as a fan, I can’t really imagine what that experience was like for GCU students in attendance.

Beyond the fan experience, GCU is the basketball team to watch in Arizona this year. ASU has been inconsistent and Arizona has a self imposed post season ban. Bryce Drew has this team playing like champions and another win tonight will propel them into the driver’s seat in the WAC. They have to be the favorites in Arizona to make the tournament in March and possibly make a run.