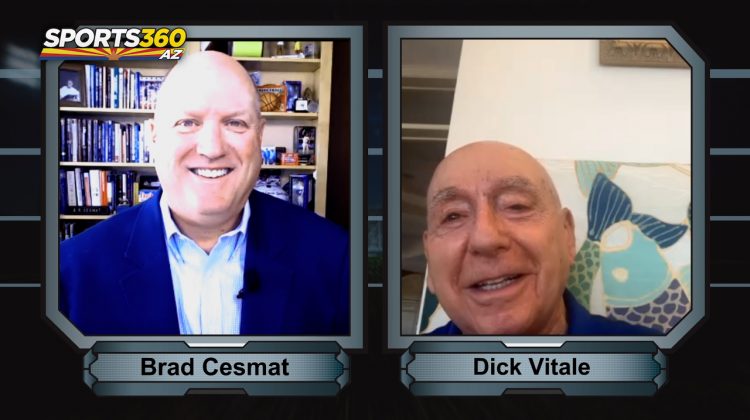 Dick Vitale has seen a thing or two over the course of his legendary 40 year coaching career in college basketball and successful years as a broadcaster. So when he preaches patience it means something. Bobby Hurley is in season six as the ASU basketball head coach.

“I think he’s doing a terrific job,” Vitale said on The Brad Cesmat Show. ” I think he’s bringing a special feeling there, intensity, emotion, passion, he’s such a competitor he got the most out of his ability… He’s all about winning.”

The Sun Devils (4-3) haven’t played in three weeks, due to four postponements. They will host UCLA on Thursday and USC on Saturday. Vitale believes Hurley’s squad is more than capable of winning the PAC-12 this year, despite the underwhelming start they’ve had. It comes down to motivation that equals their talent.

After the college basketball season was canceled in March due to the COVID-19 pandemic, Vitale decided to write a book called “The Lost Season: A Look At What The 2020 National Championship Could’ve Been.” He takes a deep dive into how he believes the tournament would’ve played out in 2020. All proceeds from the book are donated to The V Foundation for Pediatric Cancer Research.

“To the people out there listening today, do you think you have a problem today?,” Vitale said. “Well let me tell you about a problem, your problem is nothing compared to today and everyday. 45-50 mothers and fathers everyday will hear four words no mom and dad ever wants to hear ‘Your child has cancer.’ It’s life changing.”

You can get an autographed copy of his latest book at www.dickvitaleonline.com. Catch the full interview next week on FOX Sports AZ for a special Sports360AZ show.