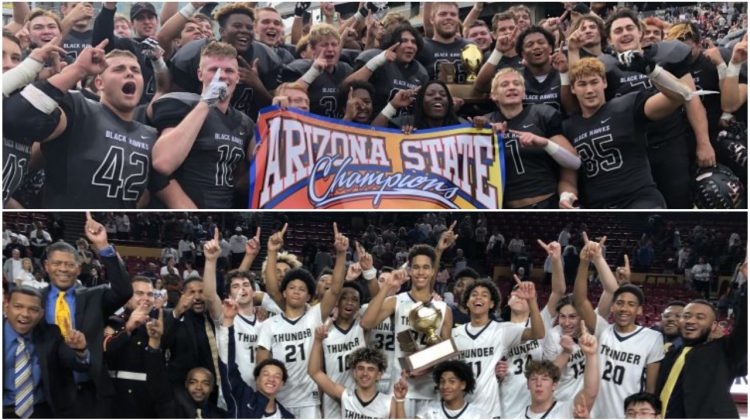 The AIA held a special Executive Board Tuesday morning where there was a 5-4 vote in favor to reinstate winter sports starting January 18th.

Last Friday, the board previously held a 5-4 vote to cancel the Winter sports season for high school sports, which was postponed twice before the cancelation. Masks must be worn for the entire game by students, coaches and officials, including while playing. There will be no fans allowed at the contest.

If a school decides that they do not want to play sports, a student is able to transfer to the nearest school to play and will be eligible immediately to participate.

The previous announcement on Friday was one that frustrated many and took many by surprise after the AIA had stated on Dec. 18 that unless there was another state-wide lockdown, there wouldn’t be any more changes to the schedule. Currently, there is no state-wide lockdown in effect.

During the meeting on Tuesday, board members were able to give their thoughts and opinions on whether or not to move forward with the winter season.

One of the main reasons against having a winter season was the spike in COVID-19 cases throughout the state of Arizona, which has one of the highest number of cases in the world currently. Members expressed their concerns for parents not reporting positive cases to coaches and in the short time that there were practices, and there was already a spike in cases.

However, the members that were in favor of starting the season believed that school is the safest place for students and that students will still be going out with their friends regardless of if the season is canceled or not. They believe that sports offer great opportunities for student-athletes and they will continue to happen despite the decision by the board.

There was also a unanimous 9-0 vote to include spirit line with the start of winter sports, after it was canceled last Friday.