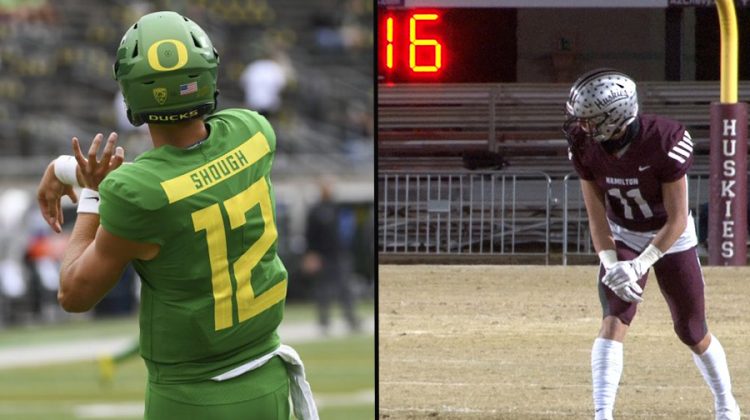 How do you watch your sons play at different levels of competition, when they are playing near the same time? That happened to Glenn and Dana Shough as they tried to watch their son Tyler play quarterback for the Oregon Ducks, while also witnessing their other son, Brady, play wide receiver for the Hamilton Huskies in the Open Division semi-finals, as they compete for a chance at a state title.

“We just do what we can,” Glenn Shough said. “We’re not able to travel to Oregon so we’re all in on Hamilton, supporting our youngest son Brady, who’s a senior here at Hamilton, and we’re in pursuit of a championship so that’s our main focus when we have conflicts.”

Glenn and Dana did watch the first half of the Oregon game before going to Hamilton high school for their matchup. With Brady going to NAU next season, this could become a more regular occurrence.

“We support both boys,” Dana Shough said. “We might have to divide and conquer next year.”

Next year the Shoughs will likely get a custom split jersey to represent Oregon and NAU. But for now, they will show support in anyway that they can.