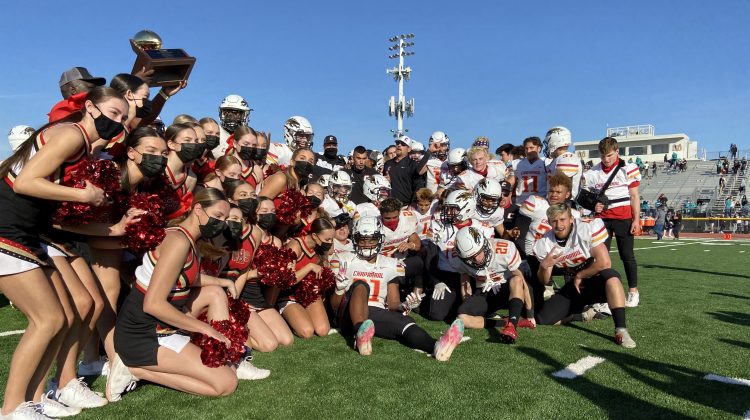 After missing the first three games of the season due to a COVID-19 outbreak, the Chaparral Firebirds are 6A Champions. 2020 was really unlike any other for this squad, but they capped it off by beating the Highland Hawks 24-14 on Saturday.

The Firebirds held a 14-7 lead at half thanks to two five minute plus drives that ended in rushing touchdowns. The second half came down to the defense making key stops and forcing two turnovers.

“We had two film sessions a day just to get ready for this game,” Chaparral defensive lineman Anthony Lucas said.

Despite missing three games this season, the Firebirds will chart this season as one to remember, thanks to their perseverance and work ethic. It doesn’t get much better than that.