Mid-November greetings from the “Zone Read.”

Despite the surging COVID numbers and all the issues which accompany them, it’s an exciting time for high school football fans here in Arizona as the post-season for some teams start Friday, while others are preparing to leave it all out on the field against their rival this weekend.

Well, it’s big enough for the ESPN family of networks.

What else really needs to be said?

For the Wolves, it’s an opportunity to continue their series dominance which dates back to 2013, their last loss (34-18) to the Huskies.

For the host Huskies, it’s not only a chance to avenge their heart-breaking last-play loss in 2019, but add another chapter to their return to football dominance not only in the southeast Valley, but all of Arizona.

Nick Arvay got a taste for “The Battle For Arizona Avenue” last season.

The then-senior quarterback threw for three touchdowns and ran for another as Hamilton went toe-to-toe with the eventual Open Division champions.

“Adversity Introduces A Man To Himself” pic.twitter.com/NBaxIkcyWL

The lead up to this Friday night is like no other.

“A ton of emotions fly through your body that week,” Arvay explained to the “Zone Read.” “Excited. Nervous. Anxious. Practices and lifts become more fierce and detailed.”

The last sleep, or possibly lack there of, is unique in itself.

“That Thursday night before game day all you can think about is making plays and those plays leading to winning that game,” he continued. “It’s about making your school proud to possibly be Arizona Avenue champions. It’s more than a game to everyone who’s been a part of it.”

This video below paints a vivid picture of what it means for both programs, the community and high school football in the Grand Canyon State.

Last season’s 42-38 thriller was the best game I’ve ever seen in person and Friday’s sequel has the potential to be every bit as good considering the nearly 40 college prospects who will square off under the lights at Jerry Loper Field.

Kickoff is set for 8:00 Arizona time on ESPNU.

Another rivalry steeped in tradition but lacking the same sizzle the past few years is the annual Desert Vista-Mountain Pointe Ahwatukee Bowl which the Pride will host.

“Zone Read” warned you weeks ago this could be a game featuring two winless teams so when the 0-5 Thunder make the four-mile bus ride north to tangle with 0-7 MP the rivalry will have a bit different feel in the south Valley.

“COVID and not being in school has really put a damper on a lot of things,” Pride first-year head coach Eric Lauer said to the “Zone Read.” “The numbers that show up for the Tukey Bowl will not be the same this year.”

As Lauer attempts to rebuild the Pride, DV head coach Dan Hinds’ season has been just as unpleasant trying to mesh a young but talented team who, up to this week, has faced five programs with winning records. The slate has included unbeaten Hamilton and Corona del Sol, 6-1 Mountain View and 5-2 Basha, as well as Highland who some feel are Open Eight worthy.

Lauer says the 2020 version may lack a little juice but Friday night will take care of itself.

“Competitively, I think because of proximity to each other, that both teams still look forward to the game and expect to play well,” he explained. “I do think it’s been one of the great rivalries here in Arizona.”

No question about it, Coach.

We here at “Zone Read” like to stay out in front of things.

So when you look at the top of the 2020 state passing statistics and see Richard Stallworth’s ahead of household names like Ty Thompson, Dane Christensen, Adryan Lara, Kai Milner and Will Haskell don’t act like we didn’t tell you.

The Yuma Catholic Shamrock rising star has been pretty special in his first season behind center – already throwing for nearly 2800 yards with 38 touchdowns and just eight interceptions on 212 attempts through seven games.

This kid can flat out spin it.

Yes, “Zone Read” is well aware Yuma Catholic is a 3A school and outside of the usual Valley buzz here locally but this 6-foot-2, 210-pound sophomore can ball – playing for his dad Rhett Stallworth and the 7-0 Shamrocks.

“What I feel I’ve improved most is gaining the teams’ trust,” Stallworth said to the “Zone Read.” “It’s not always easy to say, ‘Ok, we’re going to let this sophomore to lead the offense.’ We have to trust each other if we want to win.”

Stallworth has also trusted the signal-caller he preceded, Gage Reese, who threw for a cool 10,621 yards and 133 touchdowns in his YCHS career.

“It’s kind of a relieving feeling because we both took over as sophomores,” Stallworth noted. “He understands how hard the transition [is] and the pressure that is placed on you. It’s really nice to have a guy like him that has been in the system for three years texting you and giving you simple little tips to help improve your game.”

He has already had some monster games, including last month’s 481-yard, seven-touchdown gem against Wickenburg.

Staying In The (Recruiting) Game

The coronavirus pandemic hasn’t been kind to many in Arizona high school football, most notably some seniors who have had their seasons cut short or who haven’t received the recruiting attention they believe they deserve to this point.

It’s also difficult for college coaches and recruiters due to travel limitations, closed campuses, possibly shrinking recruiting budgets due to COVID and other unforeseen hurdles none of us could have imagined at this time last year.

To the 2021 recruiting class, you’ve had to overcome no spring evaluation period, limited combines/camps, no official visits, and either limited or no football season at all. Truly feel for this class. Respect to every recruit out there navigating these challenging times✊?

“Know that you are not the only one going through this, literally everyone is,” long-time Sports360AZ.com recruiting expert and now Brophy head coach Jason Jewell told the “Zone Read.” “Sure, some states vary on how many games are being played and when they’re being played but the NCAA just extended the dead period so all of the Division I schools are operating at the same level.”

“Keep your Hudl current. Another good idea may be to mix junior and senior film into one varsity highlight.”

Another important aspect to remember is Division II and III, as well as NAIA schools have been actively recruiting in the Valley so be open to all options if you’re intent on playing football past high school.

In short, control what you can control and do your best to market yourself.

That’s all you can really do. 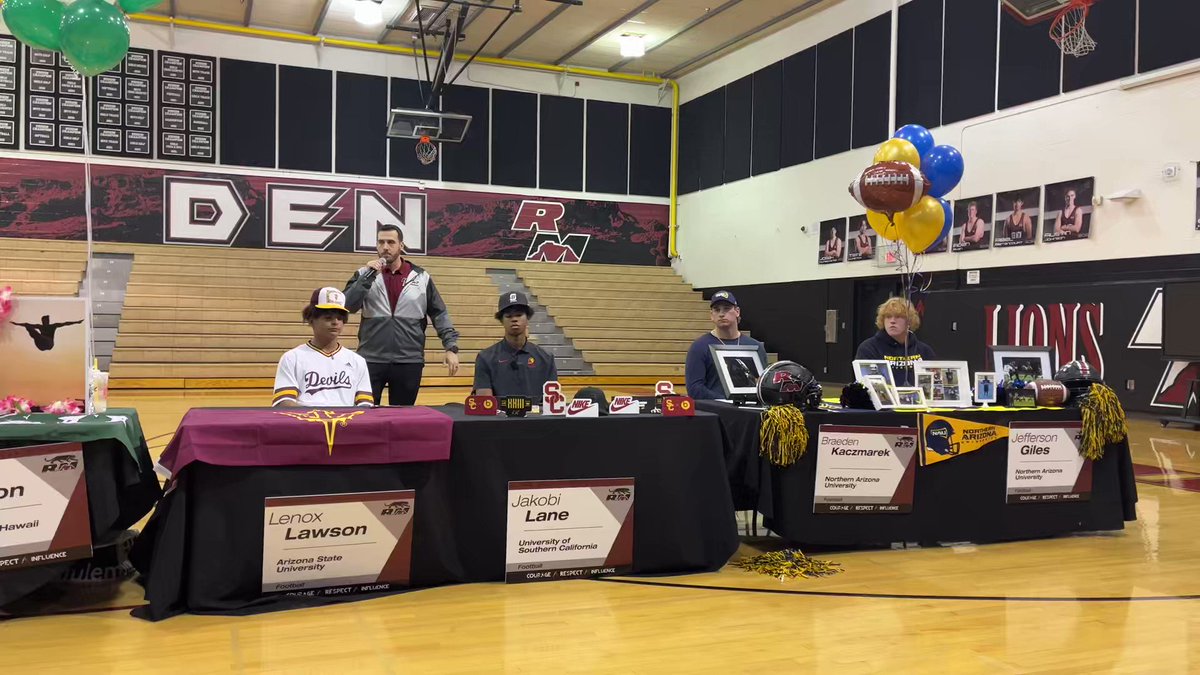