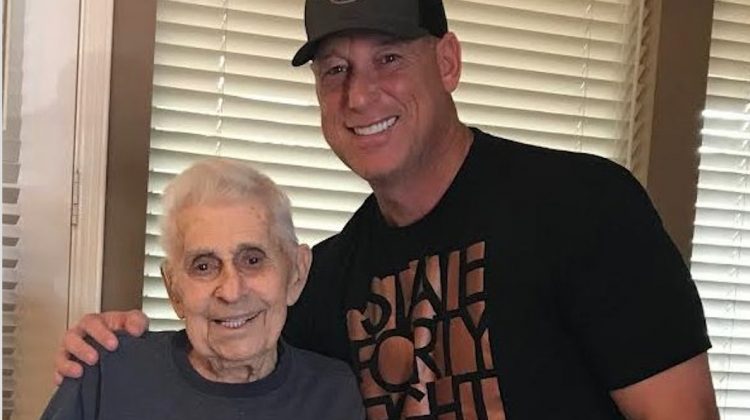 Valley institution “Sweet” Lou Monaco passed away on Saturday at the age of 94. For those of us in the sports biz, Lou was as much a part of covering a game as the contest itself.

He was the parking lot attendant at Diamondbacks and Coyotes games for many, many years before retiring in 2017. I spent many nights chatting with Lou while my window was rolled down. You weren’t going to just pull in and park with Lou on the job. He genuinely cared about people.

“He was part of our family,” Luis Gonzalez told me by phone on Saturday afternoon. “Every holiday, every kids birthday he was with us. I was with him two weeks ago and we sat around for two, two-and-a-half hours telling stories. He was still sharp as a tack. I was able to get Christine and the kids to Facetime with him and he knew everybody’s names.”

Luis and Lou had a relationship that went beyond family.

“I would take Lou to Cardinal home games and one time I was talking with him and Lou didn’t didn’t respond, so I walked in front of him and said, ‘Lou can you hear what I’m saying?’, Lou said, ‘I can’t hear very well’, so I took him to get hearing aids. He didn’t want to go at first, but we got him fitted and taken care of,” Gonzalez said recalling the memory.

Diamondback President Derrick Hall had this to say via text:

“He was my absolute favorite. He would come see me every game when his shift was over, greeting me with a hug. He knew everyone by name and was the definition of customer service.”

No excuses can be made for the poor officiating in the Oregon St vs. Oregon football game on Friday night. Credibility of the Pac-12 continues to take a beating…

Which thankfully leads us to basketball and early thoughts on Arizona State hoops after just two games. There’s no reason why they can’t make a Sweet 16 appearance if the matchup is right. Bobby Hurley has three months to figure out how to become deeper in the paint.

Jalen Graham and Chris Osten can only do so much. Romello White isn’t walking through the door to save the day. The same goes for Ike Diogu, Jordan Bachynski, Mario Bennett or James Bacon. Fun team to watch. But “fun” usually doesn’t equate to playing games the last week of March. They need more grit in the paint…

Longtime Boston Globe columnist and ESPN analyst Bob Ryan spoke with me on Tuesday’s show about N’keal Harry so far in a Patriots uniform.

“I’m not going to use the B-word to offend your audience, but he’s coming close to a four letter word that starts with a b and a u  and ends with s and t,” Ryan said.

No sugarcoating allowed in Boston.