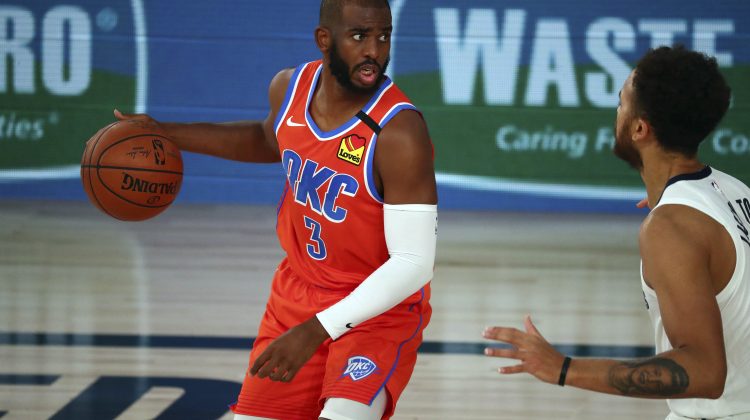 Day one of the NBA trade season is off to a blazing start, so it’s only fitting that the team in the desert got in on the action early.

The Phoenix Suns are ready to put all the chips on the table to compete in the West. Now.

Earlier today, the Suns reportedly acquired Chris Paul in a trade with the Oklahoma City Thunder. It is now official.

Social Media went ballistic with most fans in the valley ecstatic about the move.

As a life long Phoenix Suns fan, I love this trade. It’s about time Phoenix shows a commitment to winning.

Booker after getting Chris Paul pic.twitter.com/Fwn8zznNv5

Book now has a motivator and Ayton has a pnr buddy.

Remember that the Suns went 8-0 in the bubble without Oubre. Rubio is nice but CP’s ceiling obv much much higher.

This is worth the risk. After this year he’s an expiring anyway. A true win-win trade.

Ok so no Cam Johnson and no 10th pick overall in this years draft for the Suns to get Chris Paul. Big W for Phoenix on this trade

Some… now former players… are feeling the business side of professional sports.

And yes, some beloved players were dealt. That’s how you land a star player who can alter your franchise, like CP3.

A Baynes Fan Club thank you to Ricky Rubio and Kelly Oubre pic.twitter.com/XexHIVMSR0

These players helped build a culture for the team and the fan base. Just look at this Kelly Oubre Jr. appreciation thread.

Can we get a Kelly Oubre Jr appreciation thread goin!

CP3 can help take this culture and on-court performance to the next level. After an 8-0 performance in the bubble, this team is now expected to take a leap forward in the deep Western Conference. The NBA season tips off on December 22, so the excitement in Phoenix will continue to grow for 36 days, pending a schedule release.

Yes in 36 or so days the new-look Suns will begin a journey towards contention that’s been in the making for awhile. It will be a journey full of CP3 throwing lobs to Deandre Ayton, and bona fide superstar Devin Booker torching defenders with his off ball skills as CP3 facilitates the offense.

On top of this blockbuster deal, the Phoenix Suns still own the No. 10 pick in NBA Draft, which is this Wednesday.