Back in March when the world was put on pause, Liane Blyn was still hard at work. However, instead of her day job conditioning athletes at Arizona State, she was putting forth some personal gains – in her own garage.

“I’m lucky. I have a garage gym so I can still throw heavy things, which is exactly what I did,” said Blyn with a laugh describing her quarantine down time in the spring. “My neighbors thought I was a little crazy flipping a tire and pulling a sled in the cul-de-sac, and pushing a car. So I got a few funny looks.”

A 14-time USA Powerlifting National Champion and a four-time International Powerlifting Federation (IPF) World Champion who holds world records in bench, deadlift, and total, Blyn has been shaping Sun Devil student-athletes since she came to Tempe in 2018. Her official title is Director of Sports Performance for Olympic Sports at Arizona State.

She works on a daily basis with many athletic programs at ASU, including soccer, volleyball, hockey, and many others within the athletic department.

Blyn has been integral with the Sun Devil hockey program, helping their athletes get faster and stronger on the ice. The team comes in as No. 15 in the nation entering the 2020 college hockey season and has its opener next Saturday at No. 12 Michigan.

“She’s got a gift. She can really get after guys and do it with a smile on her face. She’s a very good motivator in that regard,” said Sun Devil hockey head coach Greg Powers of Blyn during a media availability last season. “She gets our guys in great shape and we aren’t going to lose any games because of her and being the less conditioned team. She does a really good job.”

@lianeblyn could push it herself let’s be real here https://t.co/0kt0BtTrDq

Blyn has certainly aided athletic programs on campus since her arrival, but similar to what everyone has been going through in 2020, her occupation changed around mid-March when all athletic programs shut down until further notice.

Blyn retreated to her garage workouts while many of her athletes went back home to all different parts of the globe.

After a few months without any work in the gym, Blyn finally was able to reconvene with small groups this summer and fall, when state health guidelines allowed players to return to campus. Even then, there were honest conversations that needed to  be had between strength coach and athlete.

With various athletes having different access to facilities and workout equipment based on what their home situation looked like, Blyn had to chart different levels of conditioning based on where her players were and how much they worked out while in quarantine.

“Everyone was starting at a different level. At two weeks off, you’ve pretty much de-trained. We had a lot more than two weeks off so pretty much we had to ramp up our volume and what we were doing, gradually, and individualize many different programs,” Blyn said. “We had to go through a questionnaire with all of our athletes asking, ‘What did you have access to?’ And it wasn’t time for them to sit there and tell me, ‘I did all of this and I did all of this,’ when you really didn’t.

It was like, don’t tell me what you think I want to hear. I want to know exactly what you did and there’s absolutely zero judgment. If you didn’t have access to it, that’s fine. But I needed to know where to start you and how to ramp you up. And if that means you had access to training all summer long and I can go where we left off, that’s great. But if you had access to limited or no training, then I can’t do that and you’re going to set yourself up for injury along the way.”

Thus, it was a balancing act in bringing athletes back to campus compared to a normal college athletic calendar where many practices, workouts, and conditioning periods are set at certain times of the calendar year.

Another resource that Blyn took advantage of while in quarantine was picking the brains of other athletic programs throughout the country. Prior to Arizona State, Blyn had stops at Boston College, Nevada-Reno, and Appalachian State.

Her network of athletes that she’s trained range from high school all the way to the pros, and so do various strength coaches that she’s come in contact with. Blyn had many Zoom calls with trainers, dieticians, and coaches from other learning institutions, discussing their love for athletics and the best way to prepare. She also found a common thread among the group.

“Something that we don’t do enough of, I don’t think we have enough time as strength coaches or athletic trainers, or people in their general fields, is to be able to sit down and network and reach out,” Blyn said. “I can’t even tell you how many Zoom calls we had with other schools…We all just want to serve and work hard and do what’s best for our student-athletes.”

Part of serving her student-athletes not only means getting stronger physically, but also mentally. Whether it be overcoming adversity, injury, or defeat, being an athlete often includes mental strength and foritude on the field or playing surface.

But during these COVID-19 pandemic times full of stress and uncertainty, mental health is another area where Blyn is looking to strengthen her athletes. She addressed Sun Devil players having resources such as Jamye Shelton, who is the Lead Sports Psycholgist for Sun Devil Athletics. Athletes can seek help and counseling if needed, and it’s an area where there is trying to be continual growth.

“That’s one topic of conversation that we’ve had across the country with other strength coaches is the mental health piece of it – the unkowns of the season, when we are ever going to play again, my last season got canceled so is this one going to get canceled?” Blyn said. “The mental health piece is something that everyone is kind of working on to help our student-athletes out, and even our coaches…But it’s something that back in the day, no one ever talked about. No one ever talked about depression, stress, anxiety. And now, it’s a little more accepted.”

As ASU football gets ready for kickoff this Saturday and hockey has a Nov. 14 start date, it’s more important than ever to understand the bigger picture of being a team during the pandemic and in a year as chaotic as 2020.

Blyn has noticed all teams taking that to heart, and she’s enjoyed the process of being back in the weight room with them.

@Rjeff24 Richard, Can you direct message me please? Would like to have you on @Sports360AZ @bradcesmat show tomorrow Thursday. I am filling for Brad. Want one of my all time faves to talk #NBAPlayoffs with me for a few minutes. Please let me know if you can do it. @positivegil
View on Twitter
0
0 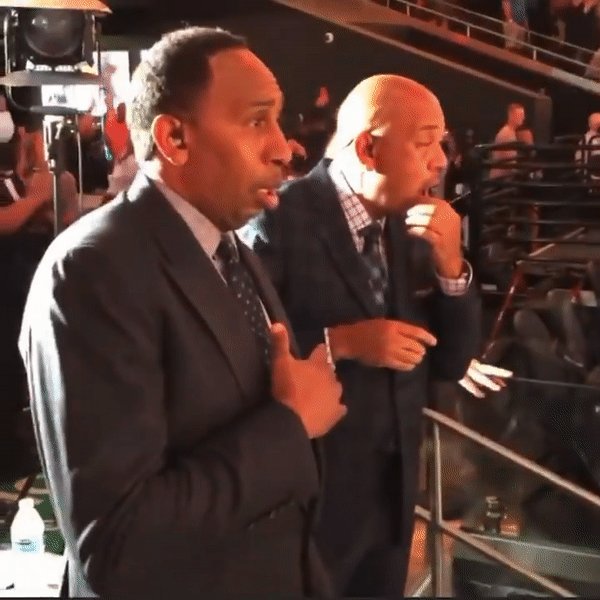