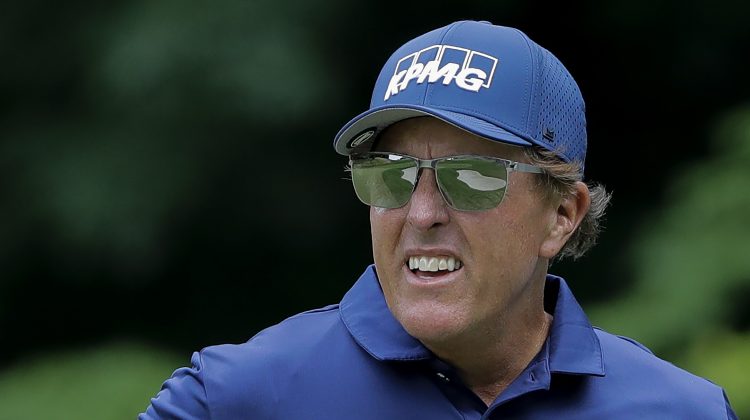 This Black Friday while shoppers rejoice over sales, golf fans will be encapsulated by some of the best entertainers in sports.

Charles Barkley, Peyton Manning, Steph Curry, and Phil Mickelson will compete in the third annual golf event The Match: Champions for Change at Stone Canyon Golf Club in Oro Valley, Arizona on TNT. The teams are Barkley and Mickelson versus Curry and Manning. The event will help benefit historically black colleges and universities, like Howard University where Curry has helped reestablish the golf program.

Coverage of this made-for-tv bout will start at 1:00 p.m. local time. Long-time PGA golfer and broadcaster Gary McCord will be the reporter on the course, but he’s really there to help stir up some madness among the four competitors.

“We’re going to have some fun,” McCord said on The Brad Cesmat Show. “I’m along to kind of fan the flames. I don’t think I’ll be needed much because these guys can talk nasty, they can get going back and forth, and it should be entertaining. Especially trying to find Charles’ ball in the Sonoran Desert, which should be fantastically fun.”

Barkley was on the broadcast crew last year and was constantly berating the four golfers, including Tiger Woods whom he is replacing this year. McCord is ready to see Barkley’s inconsistent swing on this course, after golfing with him a few times in the past few months.

“He’s [Charles] got the yips with the driver,” McCord said. “And you just don’t know when the triple walenda is going to hit.”

It looks like the trash talk has already begun between Peyton Manning, Steph Curry, Phil Mickelson and Charles Barkley. ?pic.twitter.com/uvXnoV0rQR

“You’ve got four superstars here and the announcers are just along for the ride,” McCord said. “I’m going to go out there and I’m probably going to agitate Phil as much as possible.”

The chatter will be the difference maker on this event and McCord knows everyone, including his teammate Mickelson, will be going at Barkley to mess with him. This will be must-see television on the day after Thanksgiving.