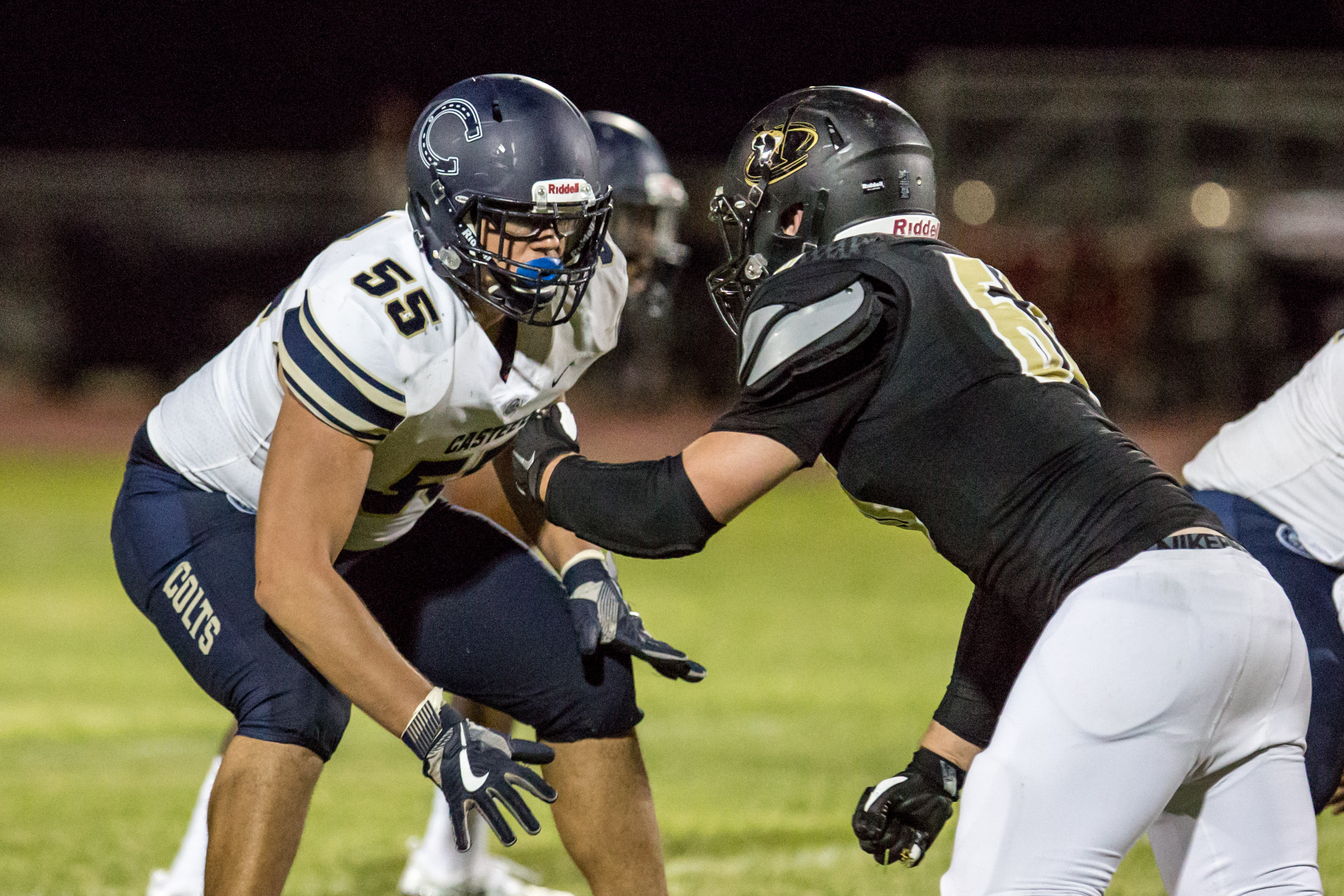 It’s the first week of the playoffs in the 1A Conference, the final round before play-ins for the 4A Conference, and some final ‘prove-it’ games for the remaining conferences. Who can pull out some clutch victories to place themselves in 2020 state tournaments, who are only taking eight teams per conference compared to the usual 16 teams?

A new player has entered the conversation to contend in the 5A Conference. Two weeks ago, the Ironwood Eagles took down the then-undefeated Sunrise Mountain Mustangs. Just one week later, the Eagles fall to the 3-2 Verrado Vipers in a high-octane 60-46 battle. Verrado’s lone losses are to Cactus Shadows and 6A’s Sandra Day O’Connor and sit three spots outside the top eight teams in 5A.

The Mustangs are now looking to end a two-game losing streak following tight losses to both Ironwood and Desert Edge. Senior, Tommy Arnold has been fantastic on both offense and defense for SMHS, collecting nearly 500 yards of offense alongside a team-leading eight sacks. While the Mustangs have been able to stick around with Ironwood and Desert Edge, their deficiency has been scoring, only finding 11 points on the board against Ironwood.

Verrado certainly shocked the 5A Conference with their victory against Ironwood. The Vipers put 60 points up against Ironwood while Sunrise Mountain could only score 23 against the same team the week before. Senior star, Logan Gingg, has been a workhorse, coming off a frightening performance of 385 rush yards and six touchdowns against Ironwood. Watch out for this offense to turn on the jets again this week. Their rushing game could be the difference between a monumental win and quietly fading away to end the year. Senior, Justice Sosnicki, has also put up great number on defense, totaling 65 tackles, six TFL, and a pair of sacks.

Open 8 and conference tournament bids could hang in the balance with this game as both teams look to begin their final pushes to the postseason.

According to the AIA’s opening rankings, last year’s number two seed in the Open 8 are not even close to going back to the state’s biggest championship hunt.

The AIA ranks the Centennial Coyotes at number eight in the 6A Conference and only eight teams will make the 6A State Tournament this year. By no means, though, has this been a subpar season for the ‘Yotes. Their lone losses are to two of the top teams in the state by far, Chandler and Hamilton. The biggest issue for Centennial is lacking a meaningful victory.

Following a 35-3 routing against a winless Brophy Prep, the final two games of the season brings fellow 2019 Open 8 member, Chaparral, and a 2020 Open 8 ranked Liberty. The problem with Chaparral, is due to only playing five games in 2020, the Firebirds are in the same situation as Centennial, both teams lacking wins against top tier opponents according to the AIA’s ranking system.

Centennial has shined as usual in their four victories in 2020, including tight wins against Williams Field and Pinnacle. Offensively, junior, James Scott, and sophomore, Kavaughn Clark, are not only the team’s leading rushers but also lead the team in all-purpose yards. DJ Gleash is again dominating of defense, totaling a team-leading 51 tackles in 2020. In order to make the 6A State Tournament, Centennial might have to beat both Chaparral and Liberty to close the season.

Rashon Adams with the reception from Gasca for the score. Kick is good 35-3 start Q4. pic.twitter.com/XSHUc6zLta

The Anthem Prep Eagles head to the 1A 8-Man State Tournament. A phenomenal 5-1 season from the Eagles have earned them the number six seed in the 1A Tournament with their only loss being against region rival, Bagdad.

AP takes on Superior Jr./Sr., the 1A East Region champs and defending state runner-ups. The two teams have two common opponents with Superior earning larger victories. The Eagle defense will have to manage a balanced Superior offense who boasts five players averaging more than 40 yards of offense per game. Senior, Ryan Osha, leads the team in both tackles and tackles for loss along with seven sacks while the team has totaled 13 interceptions in just five games.

Anthem Prep must be stout to move on to the semi-finals in the 1A State Tournament. A victory would be the first AIA postseason victory in program history.

According to the AIA’s rankings, the Cactus Cobras have entered their name into the Open 8 conversation with their tight loss against Desert Edge and victory against Northwest Christian, earning their 15th program region title.

The Cobras head north to battle against Bradshaw Mountain this week. Sophomore, Damian Jiles, stole the show for the Cobras against NCS, rushing for a game-high of 90 yards while junior, Andy Morales, collected 50 yards on defense with an interception and a fumble recovery. The Cobra defense must be at the top of their game to end the regular season since Bradshaw Mountain showcases six different players on offense with 200 or more total yards of offense through their first six games.

Even a victory wouldn’t mean a lock into the Open 8 or even the 4A State Tournament for any team this week. The AIA will have a 4A State Play-in round. Since most 4A seasons are one week shorter than their 5A and 6A counterparts, the top 16 ranked teams will have a one-game elimination play-in round seeded like a regular state tournament first round. The kicker is even if a team is ranked in the Open 8, they will still have to play in this play-in round that will count towards their season power points that make up the AIA’s ranking algorithm. This means a loss in the play-in loss wouldn’t just mean possibly getting knocked out of the Open 8 but also the 4A tournament as well.