This hasn’t been the best of weeks on the COVID-19 front with regards to Arizona high school football but the big picture view of navigating through the fall remains in focus.

Hope everyone has had a great, safe week.

There could be something special brewing out near the county line.

Dain Thompson’s 4A Poston Butte Broncos are 2-0 after convincing wins over Thunderbird and Arcadia.

The secret sauce for PB so far in 2020 hasn’t been so secretive.

“Seniors with great leadership and a bunch of varsity experience has been the key to a good start this season,” Thompson said to the “Zone Read.” “It will take great team effort and [commitment] (to football and to our health standards) to keep things going.”

They’ve also been opportunistic – forcing four turnovers and registering nine sacks in the lopsided victories and Poston Butte’s special teams have been well,…special.

“Coach [Rod] Holmes’ defense has created turnovers, scores and great field position,” Thompson continued. “Our special teams have already produced a punt return for a touchdown and a punt block for a touchdown.”

While senior running back Zion Burns, who’s committed to Nevada, gets most of the headlines, Thompson believes the strength of his team is up the middle – on both sides of the ball.

“I am very proud to be a part of this group,” Thompson noted. “These guys have shown great character navigating through all the COVID-19 obstacles. I am just really excited to watch these guys play Friday night.”

PBHS will look to keep things going this week at 1-1 Benjamin Franklin.

If you’re looking for a good story to start the 2020 season check out the job Jon Becktold is doing (again) at Corona del Sol. The Aztecs are off to a quick 2-0 start with wins of neighbor Desert Vista and an improving Basha team.

Maybe CdS’s start isn’t a surprise considering the Aztecs lost four games last season, all to playoff teams, by seven points or less. They also returned a host of key players who were part of that 4-7 squad, maybe most notably senior quarterback Quade Swearingen who has tallied close to 450 total yards and seven touchdowns in two games.

For me it had to be Corona del Sol’s 28-0 win over Desert Vista. Aztecs a much-improved team with a strong defense and lethal offense led by Quade Swearingen

Becktold, the reigning 6A Coach of the Year with almost 30 years of experience, certainly has the smarts and moxie to take Corona to the next level after being the 6A 16-seed last season.

“Zone Read” wouldn’t be shocked to see Corona sitting at 7-0 going into their finale at Mountain View, a team they beat 41-31 in last year’s opener.

Xander Werner was a freckly 12 year-old playing potato ball at his first padded youth camp when an on-looking coach suggested to his parents he give quarterback a try because, “He’s a natural.”

That coach was then ASU head coach Todd Graham.

“I caught the eyes of some of the coaches, including Coach Graham,” the Saguaro senior quarterback/athlete said to the “Zone Read.” “From that point on, I’ve been working on my craft at QB.”

Okay, I’m sure you’re asking the same question “Zone Read” did: what the heck is potato ball?

According to Werner, potato ball is like if rugby, ultimate Frisbee and football “had a baby.”

Anyway, back to the point of all this.

“Coach Graham gave me the nickname ‘Lefty’ and always made sure to call me over at every camp and event,” he said.

Werner rushed nine times for 107 yards and two touchdowns in SagU’s 27-0 win over Brophy last week. His versatility is one of the 6-fooot-3, 225-pounder’s greatest strengths and will be key to the Sabercats’ two-quarterback offensive success this season.

Xander Werner on a QB scamper for 61 yards TOUCHDOWN puts the @saguarofootball #Sabercats up 20-0 w/ 21.5 seconds left in the 1st Half. Let’s Go! #SagU pic.twitter.com/2bvOKs5D06

In football, it’s never where you start but where you finish.

For the Horizon Huskies, the early returns from Week One to Week Two were positive after Ty Wisdom’s team bounced back from a season-opening lopsided loss at Pinnacle, blowing out Millennium on the road 48-6 to improve to 1-1.

“We are playing a lot of guys that have never played in a varsity game,” Wisdom explained to the “Zone Read.” “I like this team and I think we will continue to get better each week to where we are playing our best football in November.”

Fleet-footed senior Avery Lambert continues to be one of the more underrated two-way players in the state. The wide receiver/cornerback has already made big plays in the run game – averaging a cool 25.2 yards on his five attempts. Nose guard Daniel “Boobie” Santiago, a transfer from New York, has impressed with his size (6-foot-2, 285 pounds) and ability to play either inside or out along the defensive line. Also, tailback Omar Muse had three touchdowns (two rushing, one receiving) against the Tigers last Friday.

There are hurdles ahead, including upcoming games against Scottsdale neighbors Saguaro and Notre Dame Prep but don’t be surprised to see the Huskies making some noise in 5A by the time it’s all said and done.

No, that’s not a college campus which is being constructed in the far southeast Valley.

Its official!!!! ACP Football will open their 2021 season on thier own field, on their own campus! Thank you to Dr Gilbert, @CamilleCasteel, the @ChandlerUnified board for making this happen! It’s a great night to be a KNIGHT! @AZHSFB @KevinMcCabeHHF @bradcesmat @azc_obert

The Knights will soon be moving to their new, spacious Erie campus.

One of the top academic high schools in the nation will have all new digs starting next year. The Knights’ football program plays their “home” games at Chandler Unified Schools who are on the road or on their bye week. 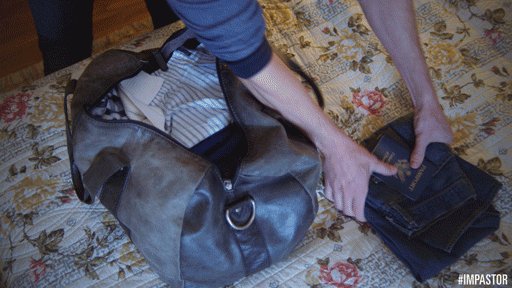