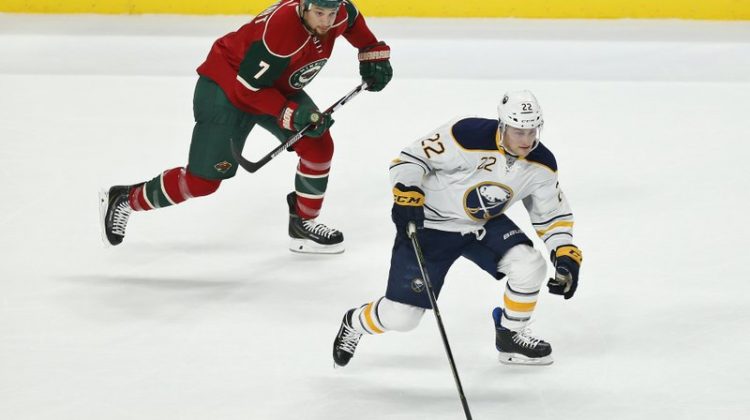 Although it’s the offseason, NHL free agency has been in full swing since this past Friday. Already, the Arizona Coyotes have made a variety of moves, highlighted by the signings of forwards Tyler Pitlick, John Hayden, and Johan Larsson.

All three players have characteristics that General Manager Bill Armstrong is looking for. He wants a physical and stronger group, or as Armstong has put it multiple times, he wants metaphorical “cactuses” – players who are prickly, have an edge, and are difficult and exhausting to play against. They are rugged and can wear teams down, which is no surprise considering that was the identity of the St. Louis Blues for the last few seasons.

“We weren’t adding $6 million players, but what we were doing was adding small pieces to the puzzle that the team needed, to become like I’ve talked about, a little more prickly,” Armstrong said last week. “We added a few cactuses to the team.”

As Armstrong noted, the Coyotes aren’t shopping for high-priced free agents. They are looking for cost-effective players that can fill out the bottom part of the roster sheet and add depth. Each player brings their own traits, and they’ll look to add to the identity of the team. Here’s a breakdown of what each player can bring, and how they’ll fit into the Coyotes outlook.

Hayden’s numbers don’t scream out at you. A former third-round pick of the Chicago Blackhawks coming out of Yale, Hayden has a career 26 points over three years in the league between the Blackhawks and New Jersey Devils.

However, where Hayden will fit in is likely in a third to fourth line role, providing physicality and protection to players like Clayton Keller, Nick Schmaltz, Oliver Ekman-Larsson, and Conor Garland. At 6-foot-3, 215 pounds, the 25-year-old is no stranger to dropping the gloves or doing dirty work to support his teammates (see example below when he was with New Jersey) too, and that will be a welcomed facet of his game to the Coyotes.

Armstrong also scouted and saw Hayden play all the way back when he was with United States National Development program, and liked his game.

“John Hayden is a pretty physical guy and he can actually back it up too at the same time,” Armstrong said. “…I like the way he plays. He’s a hard-nosed player. He’s got some size, he’s got some bang, and like I said, he can back it up and drop the gloves too. I think our team needs to know that they have a little bit of protection out there. That was important.”

Signing on just a one-year deal at $750,000, Hayden was an affordable option for the Coyotes. He’s a net-front presence and a strong body to have on a roster sheet coming over from the Devils organization. He’s also been well-respected within the various locker rooms that he’s been in and has played with Schmaltz before when the two played for Team USA in World Juniors in college.

“I want to bring a competitive edge to Arizona and play a two-way game with physicality,” Hayden said. “That’s just the way I play regardless of what line or situation I’m in and I am excited to bring that to Arizona.”

Pitlick is another forward that will play on the wing and can add to the Coyotes depth. With players like Carl Soderberg likely leaving and Brad Richardson recently joining the Nashville Predators in free agency, Pitlick is an important signing because he can step right in and try to fill those voids while adding a scoring touch. He’s also younger and enters the organization on a two-year deal with a $1,750,000 average annual value.

Although he’s not the fastest or most skilled player on the Yotes’ roster, Pitlick has a hard-working, meat and potatoes type of game, and he was a core player while helping the Philadelphia Flyers make a run to the Eastern Conference semifinals this past season. He had 20 points in 63 games and figures to slot in anywhere on lines 1-4.

Armstrong respected Pitlick’s game going all the way back to when he played one year at Minnesota State in college, and then later with the Medicine Hat Tigers in the Western Hockey League. Pitlick had 19 points in 38 games while playing collegiately in Mankato. He is another big body to play against, and can fill in for some of the lost pieces in the Coyotes bottom nine forwards.

“I go back to Mankato State when I watched him and also at Medicine Hat and seeing him play in the NHL,” Armstrong said of Pitlick. “He’s somebody that you like the way that he plays and I think for him, it took a little bit of time to figure it out with some things but he generally has really adapted to his game in the third and fourth line and he’s a really effective player.”

A former teammate of Coyotes captain Oliver Ekman-Larsson on Team Sweden in the 2018 World Championship, Larsson’s another forward to add to the depth chart. After spending the last seven seasons with the Buffalo Sabres, he recently signed with the Coyotes on Sunday to a two-year deal.

Larsson had 18 points in 62 games, and similar to Pitlick and Hayden, he is another back-end forward with physical attributes. He was coached by Yotes’ assistant Phil Housley back in Buffalo in 2017, and brings a defensive ability to the organization, including the ability to match up against another team’s top forwards. After not participating in the playoffs every year with the Sabres, Larsson hopes to find better fortunes out west.

“It has been tough in Buffalo,” Larsson said. “We had some ups and downs but we never got there. I’m excited for a new start in Arizona and I think the potential is really high.”