Happy Halloween to each and every one of you and please be safe this weekend in whatever you choose to do.

This week took me back out to the southeast Valley so let’s start there.

Friday night Queen Creek simply played like they had a point to prove.

It’s unlikely the Bulldogs 3-2 will have enough to make the Open Division but make no mistake – Joe Germaine’s team has plenty of talent and they showed it in their 24-14 upset win at previously unbeaten Highland (4-1).

Junior quarterback Devin Brown looked sharp reading coverages and delivering the ball both on time and with accuracy. Germaine’s plan of attack was to control possessions and run the football. Eventually, the Hawks’ defense ran out of gas.

That might be the dagger‼️On 4th and inches, @QC_football Junior QB and #USC commit @dbrownqb33 drops back off play-action and hits @DamenCornett for a Bulldog TD. Queen Creek leads Highland 24-7 with 3 mins left in the game @AZHSFB @gridironarizona @RyanYoungRivals pic.twitter.com/rRHopt0cSu

Most importantly QC finished the game – something which didn’t happen in close losses to Casteel and Liberty this fall.

The remaining three games are more than manageable (Red Mountain, Mountain Pointe, Desert Ridge) so I’d expect this team to be playing their best football moving forward to the postseason.

As for Highland, they’ll tangle with Hamilton and Chandler the next two weeks so the Hawks certainly have their work cut out after falling on homecoming.

Weston Barlow is one of the top players in Queen Creek football history. The 2015 graduate rushed for over 5,000 yards and 36 touchdowns in just 30 varsity games. His yards-per-attempt was a jaw-dropping 9.2.

Now little brother Payton is attempting to etch his own place in Bulldog lore.

The junior tailback and cornerback, who saw action last year on varsity, leads the ‘Dogs in rushing and is also a reliable option for Brown in the passing game.

Friday against Highland you could make the argument he was the best player on the field after rushing for a career-high 135 yards and sealing the win with a late interception in front of the QC sideline which he returned deep into Highland territory.

“He’s one of the best players on our team,” Germaine said afterwards. “He’s kind of our workhorse. He’s got a great skill set at tailback with great speed but he’s tough as they come. He’s definitely a playmaker for us. As often as we can get the ball in Payton Barlow’s hands, it’s better for us.”

Three scores which caught my attention from Week Five.

Second week in a row I’ve led Three & Out with the Black Hawks and why not? Williams Field has now defeated their neighbors 10-consecutive times. Some of those games have been WF blowouts while others, like Friday, ended in late heartbreak.

This one was never close.

After Chap blew out Brophy in their season opener last week one would have thought the Firebirds (1-1) would have put up more of a fight against the defending 6A champions who have been a little up, as well as a little down all season.

Angel Flores on a 14-yard keeper up the middle, Casa Grande takes a 28-0 lead on Santa Cruz pic.twitter.com/wdpgrxzkuY

I’ve always been big on underrated and underappreciated junior quarterback Angel Flores but he’s not the only piece offensively.  Fellow junior RJ Keeton is explosive out of the backfield and none of CG’s top three wide receivers are seniors.

The Cougars are now 4-1 with their only loss coming in Week One at Salpointe Catholic who improved to 3-0 with a nice road win at Campo Verde. 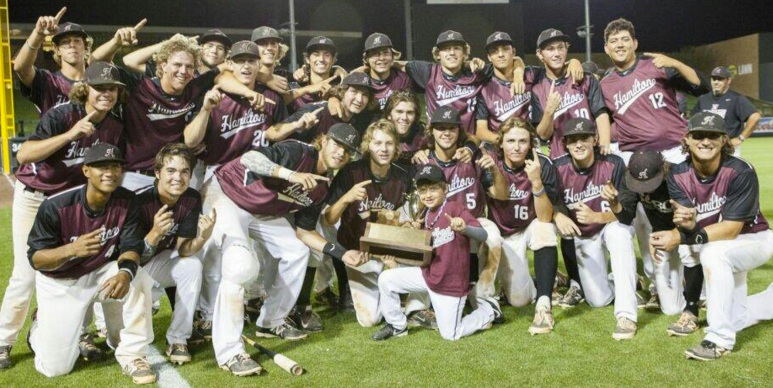 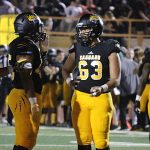