Devon Henry rides the inside lane, going inside the world of NASCAR Championship Weekend November 6, 7, and 8. In this episode of ‘The Inside Lane,’ Devon is joined by an 18-year NASCAR broadcasting veteran, a two-time Big Eight decathlon Conference Champion and holds the all-time record for the best pentathlon metric in Nebraska University history. The lead play-by-play announcer for NASCAR on NBC, from Grand Island, Nebraska, it’s Rick Allen!

Devon and Rick discuss how COVID-19 has changed hos job and the jobs of the drivers and crew, his racing roots and path to NASCAR on NBC, and the evolution of Phoenix Raceway as they prepare for Championship Weekend Nov. 6, 7, and 8. All of that and much more on this edition of ‘The Inside Lane.’ 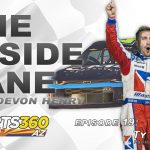 The Inside Lane | Episode 19: Ty Majeski 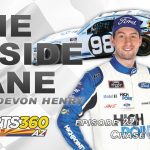 The Inside Lane | Episode 22: Chase Briscoe 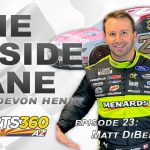 The Inside Lane | Episode 23: Matt DiBenedetto 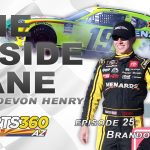