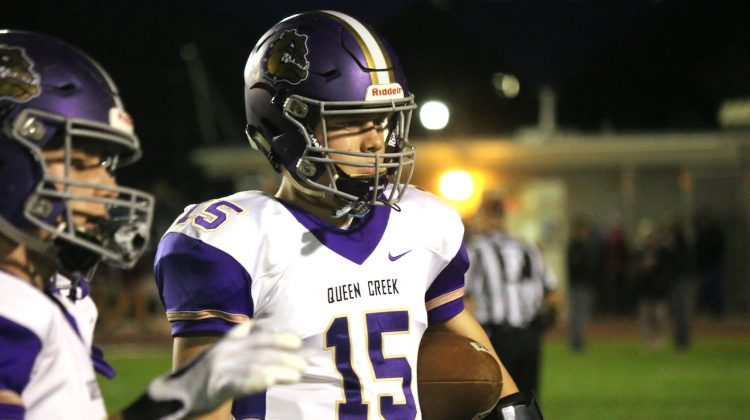 So it’s only fitting the 2022 quarterback would follow suit and commit to a Pac-12 power, right?

He did just that on Saturday, committing to USC.

“If you can put your name under the guys that have come out of USC as quarterbacks, guys like Matt Leinart, Carson Palmer, Sam Darnold and now Kedon Slovis, it’s really just a great opportunity,” Brown said.

Add Bulldogs safety Krew Jackson, who committed to Kansas State last month, to the mix, and the Bulldogs currently have five Power 5 commits on their roster, with a few more younger players holding Division I offers. Brown said navigating his recruitment with friends and teammates who are in similar experiences has been helpful for him to land on a decision.

“Just the opportunity to go through (this experience), be in a very slim percentage that get to play college football and all of us be at the same school and be friends, it’s been super helpful that we all got to go through the same things and be there for each other at the same time,” Brown said.

The 2022 quarterback is coming off a season where he played eight games due to transfer rules. He accumulated 1,319 yards with 11 total touchdowns in that time.

The Trojans are currently led by an Arizona quarterback in Kedon Slovis, who was the Pac-12 Freshman of the Year in 2019. The two have known each other over the years and Slovis was able to provide insight for Brown after the Trojans offered.

“Once USC started recruited me, our relationship got closer and now that it’s going to be getting a lot closer, so it’s been really good.”

Brown and the Bulldogs kick off their 2020 season against Perry on October 2.