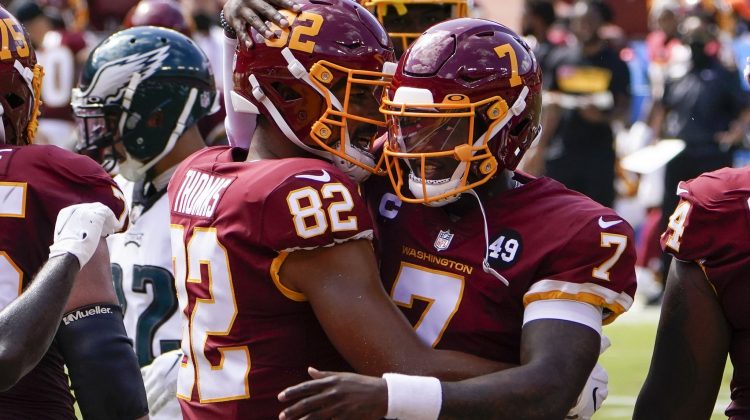 Former fourth round pick for the Arizona Cardinals, Logan Thomas, returns to the Valley this weekend. He is not only suiting up for a different team, but playing a different position, as well.

Coming out of Virginia Tech there were a lot of questions regarding Thomas’ ability to play quarterback. The Cards ended up taking him with the 120th pick in the draft and the sixth quarterback taken.

Bruce Arians, the Cardinals’ head coach at the time, took Thomas as a project player. He knew it would take a couple years for Thomas to develop and he intended to keep him at the position he played in college.

After one season in Arizona it was clear that it was not the right fit for either party and Thomas ultimately was cut. He made stops on the practice squad in Miami and New York before landing in Detroit. After only two days on the Lions’ practice squad, he finally made the switch to tight end.

In 2017 the Buffalo Bills signed the newly converted tight end off Detroit’s practice squad. Through his two seasons with the Bills, Thomas appeared in 24 games recording 19 catches for 144 yards and one touchdown.

The Lions re-signed Thomas in 2019 and started him in three games at tight end. He finished that season with 173 yards and one touchdown on 16 catches.

Entering the 2020 season Thomas was a free agent and looking for a new team. The Washington Football team signed Thomas with a chance to be the premier tight end.

The first week of the 2020 season Thomas did not get the start, but played 74 percent of the offensive snaps. With a team-leading eight targets, Thomas hauled in four passes for 37 yards including a touchdown pass in a 27-17 Week One comeback win over division rival Philadelphia Eagles.

Standing 6-foot-6, 250 pounds, Thomas has revived his career since his switch from quarterback to tight end.

“I hope he has forgiven me for not playing him at h-back or tight end in college,” former Virginia Tech coach Frank Beamer quipped to Sports360AZ.com.

At Virginia Tech, Thomas believed he would play either h-back or tight end, but things changed and Beamer used him exclusively at quarterback.

“I think it’s really a compliment to him,” Beamer said. “That he is capable of playing quarterback at this level, and then go on and be a h-back, tight end at the pro level.”

Thomas’ quarterback background still helps him even as a tight end. Julie Donaldson, Senior Vice President of media for the Washington Football team, has noticed that the knowledge that he gained from his time at quarterback has helped him learn as a tight end.

“There’s times where he is in the room and he’s talking with Dwayne or he’s talking with offensive coordinator Scott Turner,” Donaldson said to Sports360AZ.com’s Brad Cesmat earlier this week. “And he’s saying things that a tight end shouldn’t really know because he does have that quarterback experience.”

Now at the top of the tight end depth chart for Washington, Thomas is expected to be a big part of the team’s offense. He still has development to do at the tight end position and Sunday against what appears to be an improved Cardinals’ defense figures to be a good test.

“They’re relying on him a lot in this offense to step up,” Donaldson said. “They need him to take advantage of that.”