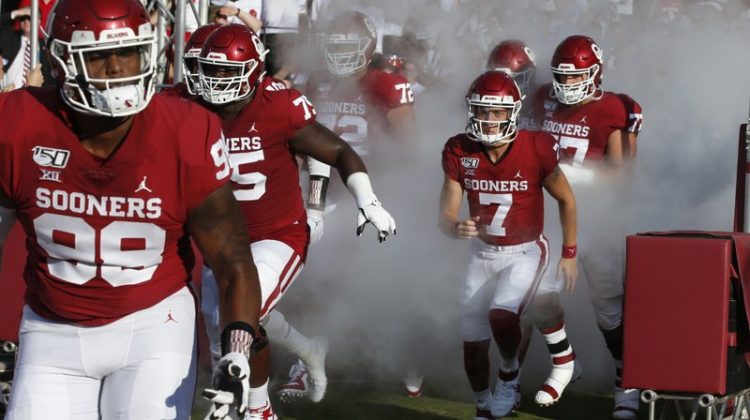 In an unprecedented college football season in 2020, a few former Arizona prep stars took the field on Saturday for their season openers in the Big 12. Here’s an update of how they did in their debuts.

As Brad Cesmat noted in his Three Dot Thoughts, Napier’s Rajun Cajuns are no easy adversary and the former Sun Devil signal-caller could have greener pastures at a bigger program after this season if he continues building his resume in Louisiana.

Purdy finished going 16/35 for 145 yards, and he’ll look to bounce back quickly with a matchup against TCU in two weeks. There’s still a lot of football left to be played for the former Puma standout, and expect him to respond.

Another quarterback star coming out of the Grand Canyon State, Pinnacle’s Spencer Rattler dazzled in his season debut and he looked like another product of the Sooners quarterback factory under coach Lincoln Riley.

Rattler’s opening act as the new starter in Norman wasn’t too shabby to say the least. He started the game going 7/7 for 201 yards and three touchdowns, including two deep balls that went for 53 and 58 yards, respectively. Rattler would finish his stat line in efficient fashion, going 14/17 for 290 yards and four touchdowns.

Up 41-0 at the half, he was able to sit for the rest of the game. Rattler and the Sooners rolled in a 48-0 shutout over Missouri State.

Labeled as one of the greatest prep running backs in Arizona high school history by Sports360AZ’s Eric Sorenson, Salpointe’s Bijan Robinson began his Division I journey with the Texas Longhorns on Saturday against UTEP.

The Tucson product received his first collegiate rush attempt in the first quarter and finished the evening with 38 yards on five attempts, including a 29-yard burst for the longest run by a Longhorn on the night. He also had two receptions for nine yards.

Bijan Robinson sighting! The Tucson phenom with his first carry as a Texas Longhorn. pic.twitter.com/WCMdCIoqes

The former Chandler High School tight end had two receptions for 11 yards in the Longhorns 59-3 route over UTEP.

Another Arizona product for the Longhorns was former Notre Dame prep standout wide receiver Jake Smith. The sophomore had 522 yards receiving and six touchdowns last season as a freshman. He was out for Texas in their season opener on Saturday due to a minor hamstring injury, but is expected to play in UT’s next game against Texas Tech. Head coach Tom Herman was very pleased with Smith in preseason practices.

Texas football coach Tom Herman said the receivers who have stood out are Jake Smith, Jordan Whittington and former Michigan receiver Tarik Black. He also said Troy Omeire was headed in that direction before his injury.