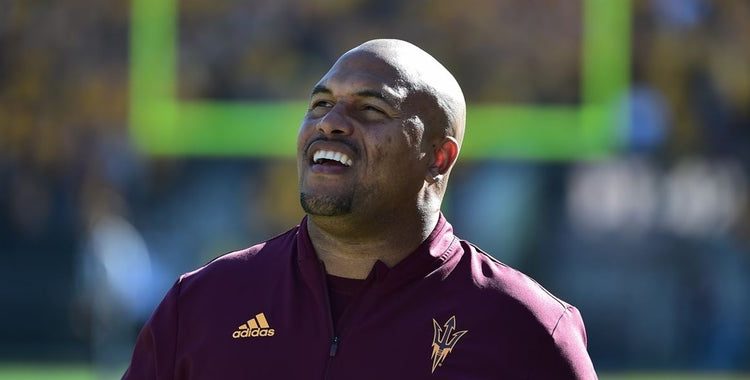 So who is the under the radar athlete for the Sun Devils for 2020? Who is the one student-athlete that isn’t getting enough recognition, Well, According to Antonio Pierce Associate Head Coach/Co-Defensive Coordinator/Recruiting Coordinator (Linebackers) it’s wide receiver, Frank Darby.  Darby is poised to have a big year since fellow teammate Brandon Aiyuk was selected in the first round of the 2020 NFL Draft.

“ I look at a guy like Frank Darby. He’s in a unique situation. Two years ago you got N’Keal Harry and he’s the man. Then the next year it’s supposed to be the Frank Darby show and then it becomes the Brandon Aiyuk show … He played Robin long enough. This is the year he becomes Batman. This is the year he leads our team in receptions.” Pierce told Sports360AZ.com

Not only does Darby make big plays like AP likes to call him “Big play Frank,” but he is also a leader on and off the field for the team. He brings energy to the program,

“ I could have a bad day, but when I hear Franky Darby walking through the building I get excited. He fires me up… He brings that juice each every single day. He never changes … It’s his time to shine. “

The year of Frank Darby is now. The 2020 stage is (almost) set and it’s Darby’s turn to show everyone what AP is talking about. The Bat symbol is in the sky and the City of Tempe is ready.