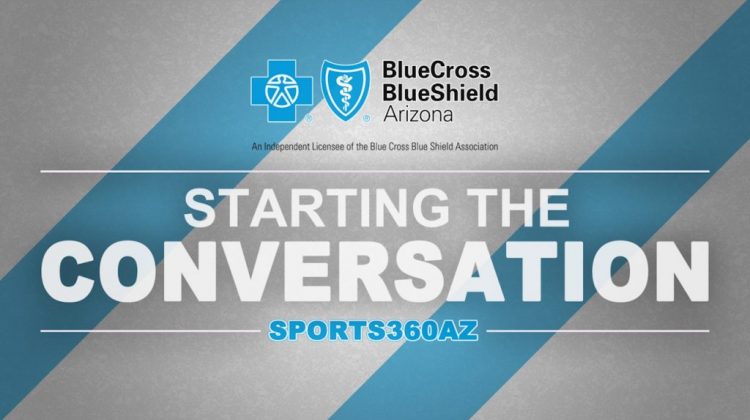 After more than a decade of increasing rates of concussions, a new study by the Centers for Disease Control and Prevention found that the rate of emergency room visits for contact and recreational sports-related traumatic brain injuries amongst youth athletes dropped by a third from 2012 to 2018.

“Over 30%…In their last report previous to this we had seen a tremendous increase in the number of ER visits for sport-related concussions specifically, the good news is that trend is down significantly this time around,” said director of Barrow Concussion and Brain Injury Center, Dr. Javier Cardenas.

This study was performed on youth from the age of five years old to adolescents up to the age of 17. Data indicated that adolescents between the age of 15 and 17 had the greatest decrease in the number of concussions going to the ER, and traumatic brain injuries rates varied depending on sport.

“I think part of that is actually risk and the focus on the sport. Football remains one of the most popular sports even though there is a decrease in the kids participating in it, it still remains the one that a lot of people pay attention to and more likely to go to the ER for a football related concussion. The other thing is that those sports are inherently more likely to sustain a concussion than even basketball or some non contact sport,” said Dr. Cardenas.

Studies also showed that not only football had the greatest decrease of traumatic brain injuries by 39 percent, but basketball and soccer also followed.

Specialists believe the demographics have changed thanks to the awareness and different ways they are enforcing athletes and athletic trainers to get the proper education they need in case of an incident.

“There are so many ways that we have been trying to reduce the number of concussions, especially those that need to go to the ER. For instance, every state in the district of Columbia has a concussion law, and it includes education. It includes removal from playing in the event of a suspected concussion, and then returning to play after seeing a specialist in concussion,” said Cardenas. “Secondly, in Arizona we have always been focused on the Barrow Brain book as a requirement for education and while this was a national study, clearly that was our focus for our state. The third was the decrease in the contact practices specifically for football so that we can minimize the risk of a single head injury but more than that repetitive head injuries.”

Barrow Brainbook created by Dr. Cardenas , is an education module that all Arizona high school student-athletes must complete before participating in any sport. This module was designed for the athlete to understand symptoms of a concussion, what to do if concussed or a teammate has suffered a concussion, and who to talk to. It consists of videos, quizzes, games and many ways the athlete can interact with the module while learning along the way. Barrow Brainbook is available in Arizona, California and Florida, and will soon be available in other states.

“We plan on expanding to other states and very shortly we will have a spanish version of it,” said Dr. Cardenas.

Dr. Cardenas also explained how changes to certain equipment, like upgraded helmets for football could be the another reason why rates have significantly decreased.

“Some of the other things that are more innovative include some of the equipment, its newer it’s better, there is a lot more advantage in the technology. While this has been available for the last few years at the professional and NCAA level we are starting to see it trickle down into the highschool level. We anticipate that we will continue to see a decrease in concussion rates,” he said.

While the main solution for lower concussion rates can not be pinpointed to one certain thing, specialists will continue to spread awareness and educate athletes as well as families about how to properly care for someone who is concussed and signs to look out for.

“There is not one thing you can point to, to say this is the reason why it went down, there are so many reasons. At the end of the day the education is designed to change attitudes and more than that change behaviors. I think this is an example of how fortunately that behavior has changed so that we are not getting those concussion like we used to,” said Dr. Cardenas.