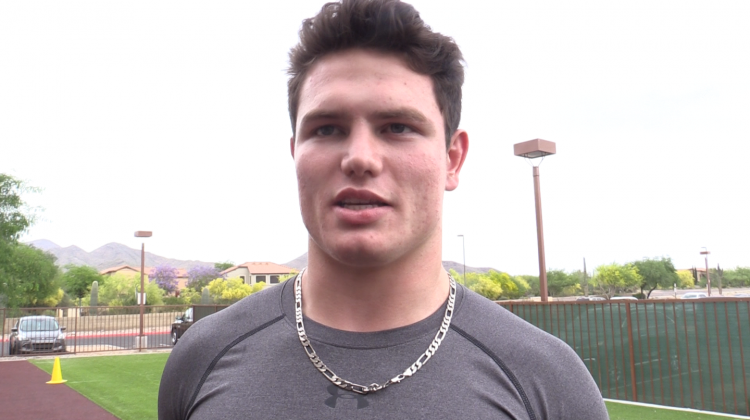 The news has hit everyone near and far. One local Arizona high school product that it has affected is former Notre Dame Prep linebacker and current 2020 Harvard football player, Brock Locnikar. Locnikar spoke with Sports360AZ about the news.

” That announcement for me really showed me that anything can happen at any time. It’s just my responsibility as an athlete to be able to adapt and overcome to any circumstance that is really hindering me. Moving forward from here whatever I can do to continue my athletic and education to keep moving forward is just important for me.”

There have been rumors that there might be spring football season, but according to Locnikar there is nothing set in stone yet.

As for what the future holds there are a couple of options for the former Notre Dame Prep linebacker, he could continue to live in Arizona and take his online classes, he could go to Harvard and take all of his classes online from the dorm or he could defer his enrollment and take a gap year. He admits he is not sure what he is going to do, but he is certain of one thing, come time for Harvard football, he will be playing.