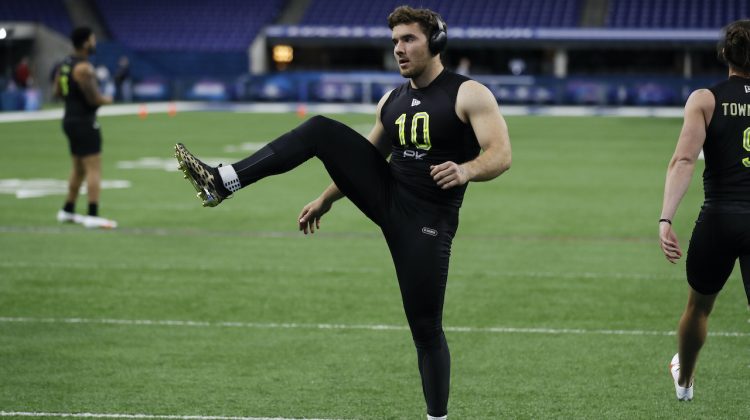 Michael Turk made the most in his short time in Tempe.

In 67 punts, the transfer averaged a school record 46 yards per punt. Turk became an instant fan favorite after his first game where he averaged 63 yards per punt in the season opener against Kent State, earning him Ray Guy Punter of the Week Honors. In total, he placed 32 of his 59 regular season punts inside the 20-yard line, which was second in the nation.

It seems as though Turk will get a second stint at flipping the field for the Devils despite entering the NFL Draft, hiring an agent and going undrafted. According to multiple reports, Turk will be able to return to the Sun Devils after a perceived unprecedented waiver restored his eligibility at the collegiate level.

The fact Turk had limited workouts with NFL teams and no Pro Day helped the waiver pass in his favor. That also means Turk has another chance to show off his bench press at a future NFL Combine.

Tyler set a Florida State record in 2018 with 82 punts at an average of 43.2 yards per punt, which ranked first in the ACC. He also handled kickoff duties over the years for the Seminoles.

While Turk holds two years of eligibility remaining and Tyler holds one, we could have ourselves a good old fashioned punter position battle when the Devils return to the field.

Claudia Collins Retweeted · Eric Sorenson
@EricSports360AZ
New #DesertVista head coach may not be a household name to everyone but make no mistake, he’s more than qualified to lead DV.