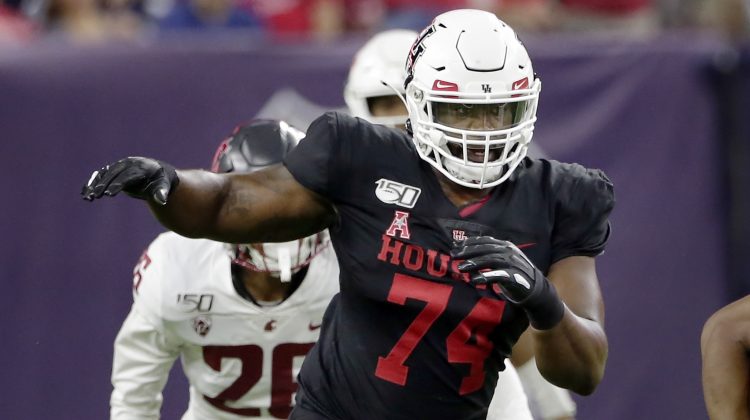 Josh Jones wasn’t supposed to be there when the Arizona Cardinals were on the clock in the early part of the third round Friday night.

Fortunately for them, he was.

Now the 6-foot-5, 319-pound tackle from the University of Houston is headed to the desert.

“I’m shocked,” General Manager Steve Keim said via Zoom on Friday night. “It’s certainly not a player I anticipated being at the 72nd pick.”

“We did not expect him to be there.”

Kingsbury is well aware of the University of Houston product, mostly because Kingsbury tried to lure Jones to Texas Tech wben he starred at George Bush High School in Richmond, Texas.

“He did recruit me,” Jones said. “Texas Tech was like my fifth offer.”

The two are now reunited in Arizona and Kingsbury feels Jones’ skill-set will play well because the offense is similar to the one he played in at Houston last year under head coach Dana Holgorsen, a good friend of Kingsbury.

The up-tempo, “Air Raid” style will not be an adjustment for Jones.

“That’s all he’s played in and played at a high level,” Kingsbury said. “We really play to his strong suits. He’ll play at a high level sooner than later.”

Keim believes Jones can play either tackle position if needed.

“He was the best player available and he fits a need at that position,” he said.

Jones protected two scrambling quarterbacks at UH in Greg Ward and D’Eriq King which should help in keeping Kyler Murray upright after being sacked 48 times in 2019.