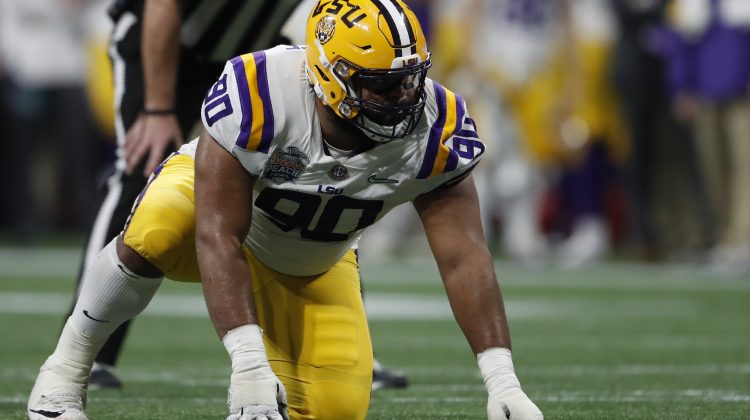 The #AZCardinals continue to address their defensive needs by selecting @LSUfootball DT @Rashard_99.

Lawrence was a three year captain at LSU. #NFLDraft pic.twitter.com/xj8P45IOSv

The 6-foot-2, 308-pounder from Monroe, LA earned second-team All-SEC honors this past year for the National Champion LSU Tigers. Lawrence posted 28 tackles (six for loss), 2.5 sacks and six pass breakups on one of the deepest and most talented defenses in the country.

As a junior, he was named the Fiesta Bowl Defensive Player of the Game in the Tigers win over UCF at State Farm Stadium in Glendale.

“Playing in the SEC, personally, is like a second NFL for me,” he explained to the media Saturday morning. “I knew I had a chance this year to get drafted.”

Lawrence, a three-year captain for the Tigers, has been praised for his leadership and toughness and enters a situation where, he along with Fotu, have an opportunity to make an impact on the interior of Vance Joseph’s defense. He was all an All-Academic member during his time in Baton Rouge.

He gave a scouting report of himself and his new partner-in-crime up front.

“Two big interior guys, two strong guys,” Lawrence said of he and Fotu shortly after being picked. “We’re building the trenches up in Arizona.”

Fotu and Lawrence both returned for their senior years. Cardinals getting guys who have played a lot of football .

The unit was in desperate need of a makeover and the Cards are hoping these two young players will provide an interior upgrade moving forward.

The Cards were familiar with Lawrence’s skill set, partly because Vance Joseph’s brother, Mickey, is the wide receivers coach at LSU.