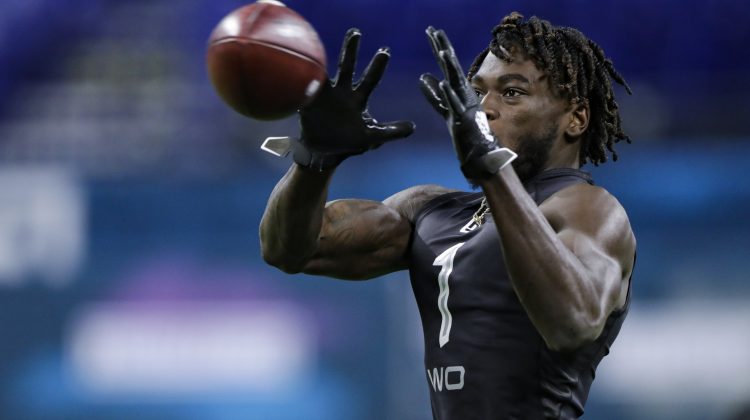 The word is out on former Arizona State wide receiver Brandon Aiyuk.

From a relatively unknown junior college transfer to a first-round pick in this week’s NFL draft?

“When we were recruiting him he was ranked as the 1,720th best player in the United States,” former ASU Offensive Coordinator, now University of Miami Wide Receivers Coach Rob Likens said to Sports360AZ.com via Skype with a chuckle Thursday morning. “How about that stat, right? I looked around and wondered if someone was playing a joke on me because he was not heavily recruited.”

To Likens, it didn’t matter Aiyuk wasn’t getting much recruiting interest, he went to then-Sun Devil offensive coordinator Billy Napier and pleaded for the program to offer the mostly unknown player.

What sets Aiyuk apart from other players is his passion for the game. The 6-foot-1, 206-pounder used to practice against the Devils’ first-team defense and then flip over and work with the scout team for additional reps.

Likens’ scouting report for his former wide receiver is simple.

“Number one, his love the game,” he explained. “He has those intangibles outside of the physical ability. To me, to be a great receiver – especially in the [NFL]…they’re looking for guys who can move laterally really quick because you’ve got to be able to get off press coverage. Brandon could take a slant and take it 80 yards to the house.”

As for Aiyuk’s offensive partner-in-crime Eno Benjamin, Likens believes the time was right for the running back to forego his senior season in Tempe and turn pro.

Few backs show the pure toughness of the Wylie, Texas native who Likens offered a scholarship to in the ninth grade.

“To me he runs the ball like Walter Payton used to,” Likens said. “He wants to finish the run. He’s looking to inflict some physical pain on another human being before he hits the ground and that’s what I love about him.”