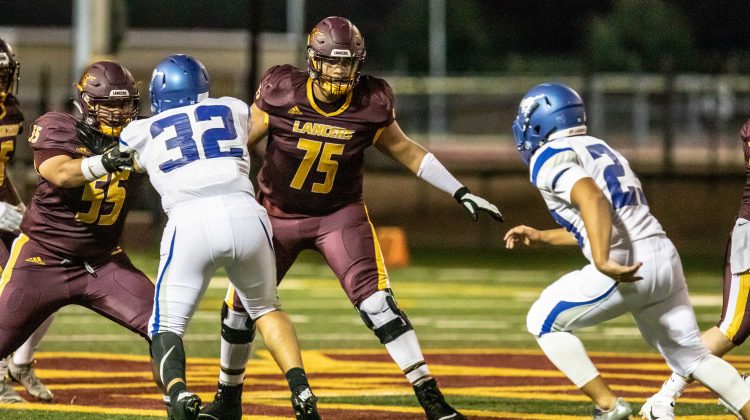 The massive 6-foot-8, 303-pound guard is listed as a four-star prospect and the fifth-best player in the 2021 class according to Rivals.com.

A three-year varsity player at Salpointe, Miller was an instrumental piece of the Lancers’ mostly senior-dominated offensive line which helped pave the way for Texas-signee Bijan Robinson to rush for over 2200 yards and 38 touchdowns as the Lancers (10-1) advanced to the Open Division semifinals before falling 24-16 to eventual champion Chandler back on November 23rd at Hamilton High School.

The Lancers completely overhauled their staff after long-time head coach Dennis Bene announced he would be stepping away after 25 years with the program – both as a player and eventually a coach. Nearly all of Bene’s staff, including popular offensive line coach Al Alexander, did not return. Alexander is now coaching at Vail Cienega.

Miller, whose family lives in east Tucson, has familiarity with Sahuaro as all of his older siblings are graduates of the school.