The Salpointe Catholic Boys Basketball team narrowly defeated the Peoria Panthers Saturday 54-48, in overtime to win the 4A State Championship.

What a season! We had one goal, one mission, and we accomplished it! First State Championship in school history! It was a special group of seniors that we couldn’t be more proud of! Thank you for all the support! #LancerNation #StateChamps ?? pic.twitter.com/10DATDW2JL

The game was neck-and-neck throughout until the final whistle as both teams traded blows like heavyweight fighters. A lay-up by senior guard Grant Weitman helped turned the tide for the Lancers as they held on to win the championship in front of a spirited crowd at Veterans Memorial Coliseum.

Weitman and backcourt mate Evan Nelson led the way with 15 and 17 points, respectively. The one-two punch have been Salpointe offensive catalysts all year-long.

This marks the first time in school history that the Lancers have won the state championship, something coach Jim Reynolds doesn’t take for granted.

“It feels great,” said an emotional Reynolds, “Not only for Salpointe but 32 years as a coach.”

The game wasn’t always in hand for Salpointe as they trailed at halftime 29-22, in large part to the play of Peoria’s senior guard Issac Monroe who had 14 points at the half. The Panthers had three players in double figures but the game seemed to shift in overtime when star big man Kevin Kogbara (12 points, seven rebounds, three blocks) fouled out.

Nelson described his message to the team going into the second half.

“I told the guys don’t hang our heads, keep it up. It’s a basketball game, we just got to keep moving and do our thing,” said Nelson.

It is also bittersweet for the Lancers as their starting lineup will all be graduating later this year.

“What I’m going to miss the most is how close we are as friends,” said Nelson, “There’s nothing else going to be like it.” 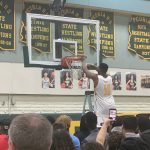 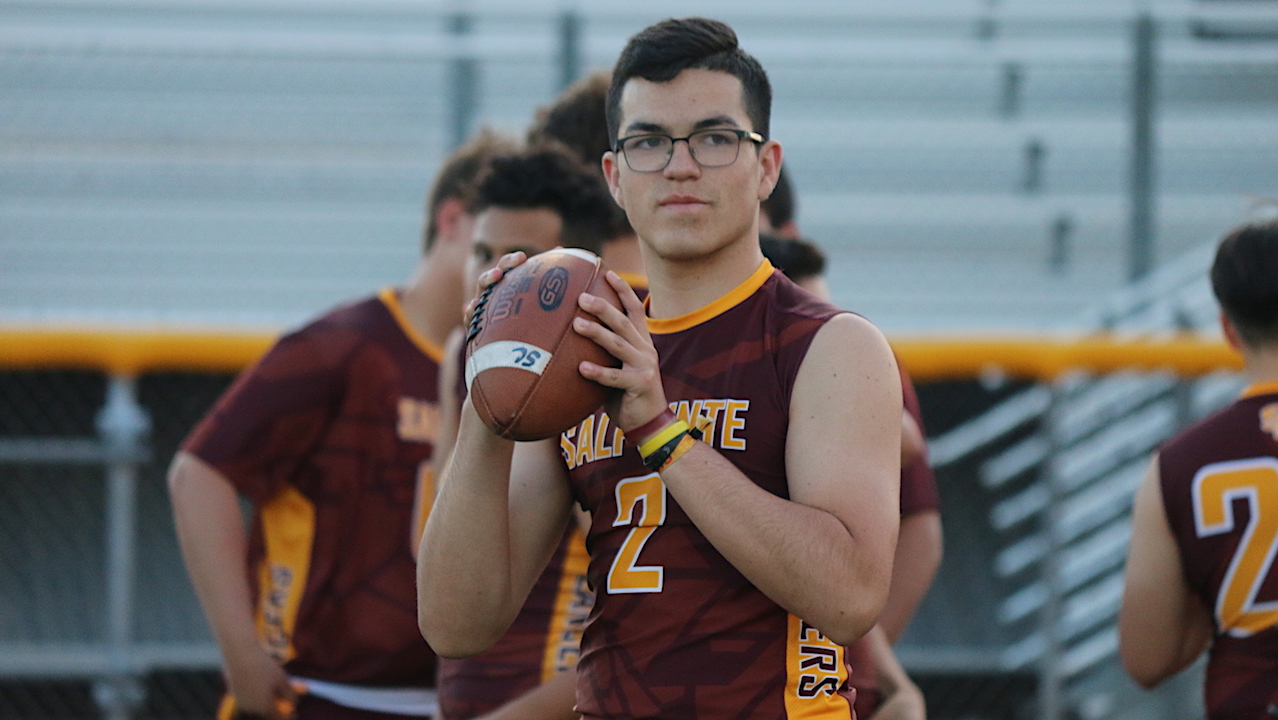