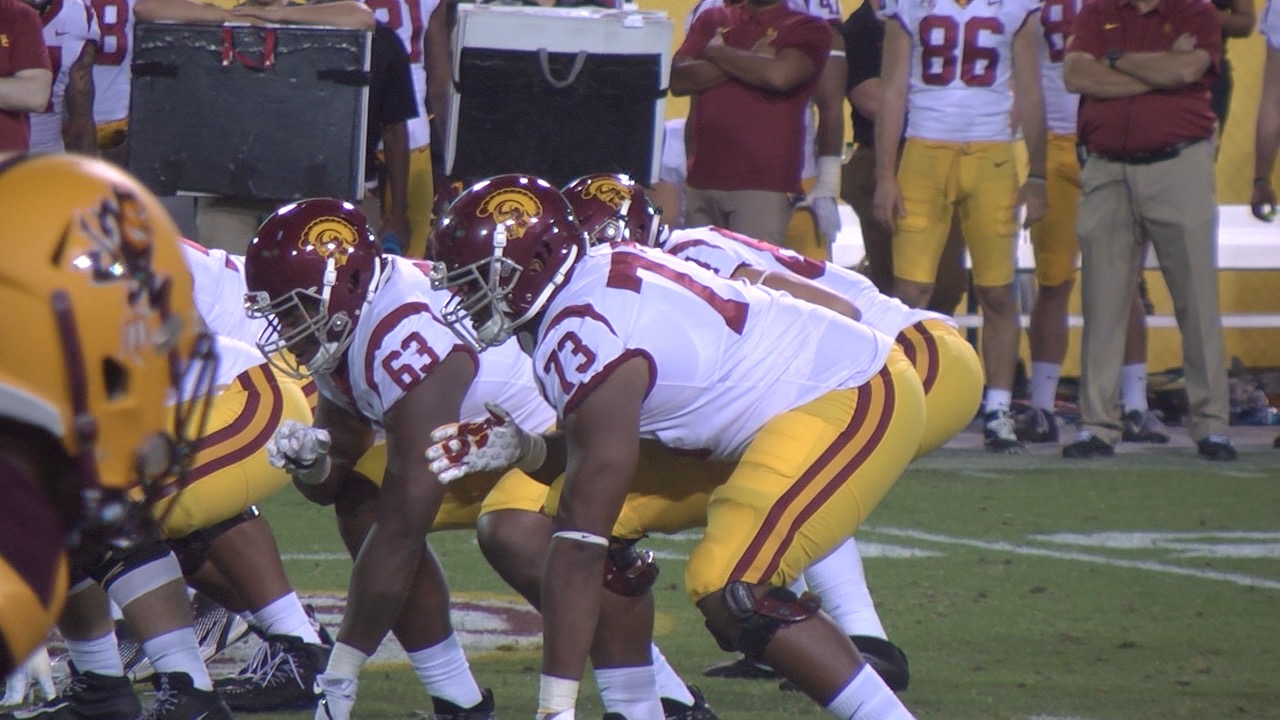 Austin Jackson was one of the most dominant offensive linemen to come through Arizona.

The former North Canyon offensive tackle could protect his own on offense and live in the backfield on defense. He also knew what to do when a shanked punt ended up in his mitts.

The 6’6″, 310-pound Army All-American, eventually chose USC and was a staple along the Trojans’ offensive line for most of his time with the program, helping protect fellow Arizona native Kedon Slovis this past season.

In his career at USC, he appeared in 39 games and started 25 of them.

Jackson also made national headlines when he missed some time away from the football field leading up to the season because he was donating bone marrow to his sister, who suffered from Diamond Blackfan Anemia, a genetic disorder which prevents her bone marrow from producing red blood cells.

Jackson will continue a long strong of former Arizona high school football players to go in the early rounds of the NFL Draft. Christian Kirk and Byron Murphy of Saguaro and Mark Andrews of Desert Mountain have been some of the players from the Grand Canyon State to be selected in the first three rounds of the draft in recent years.