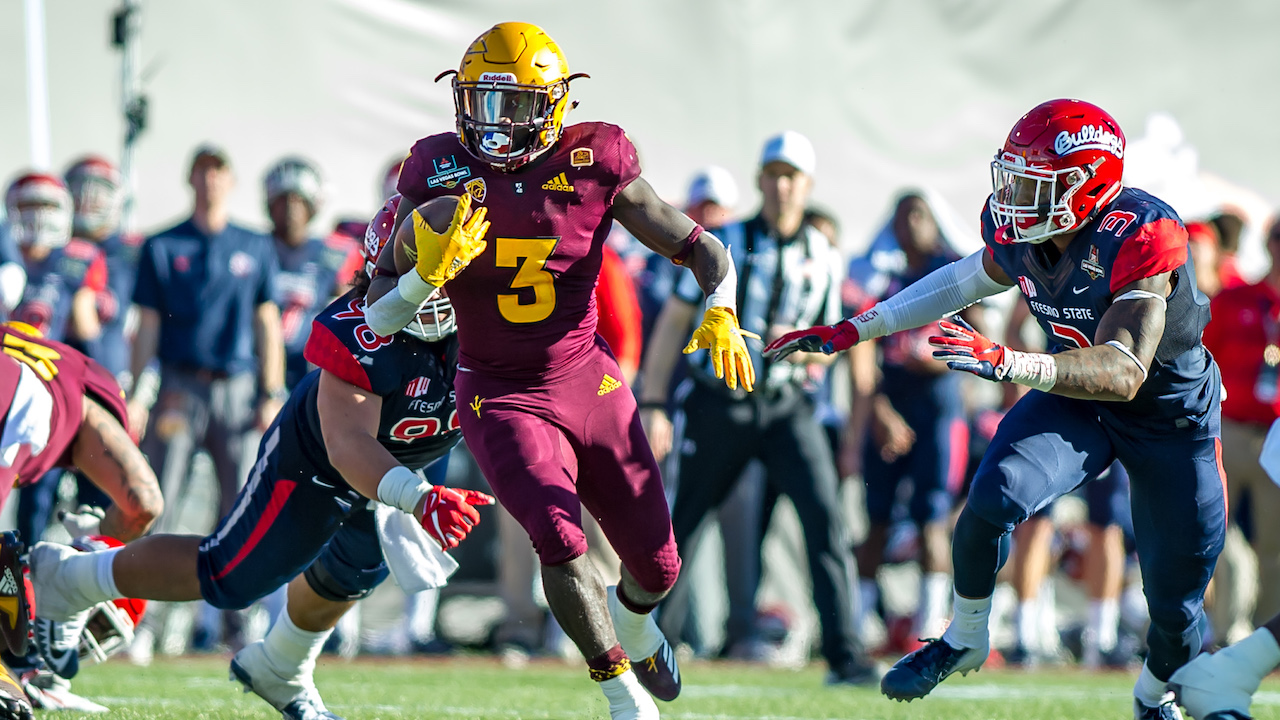 Wednesday morning Arizona State running back Eno Benjamin announced he is foregoing his senior season and entering the NFL draft.

The junior standout from Houston broke the news on his Instagram account and reports say he will not play in the Sun Bowl against Florida State on New Year’s Eve.

On his Instagram page, ASU running back Eno Benjamin announces that he will forego his senior season and enter the NFL Draft.

Benjamin’s 2,867 rushing yards rank seventh in school history. He leaves as one of the best backs to play in Tempe.

Benjamin broke out in 2018 as a sophomore rushing for 1,642 yards on 300 attempts-both single-season ASU records. This past season, working behind a patch-work offensive line, his numbers dipped a bit with 1,083 yards but was named First-Team All-Pac 12 for the second consecutive campaign.

His announcement leaves the position thin in Tempe. AJ Carter and Demtrious Flowers are the only two scholarship backs currently at Herm Edwards’ disposal but help arrives next season in the form of DeaMonte Trayanum, a four-star prospect from Ohio who is expected to sign his LOI with ASU next week.

The 5-foot-10, 205-pound Benjamin has been projected to go anywhere between the third and fifth-round.