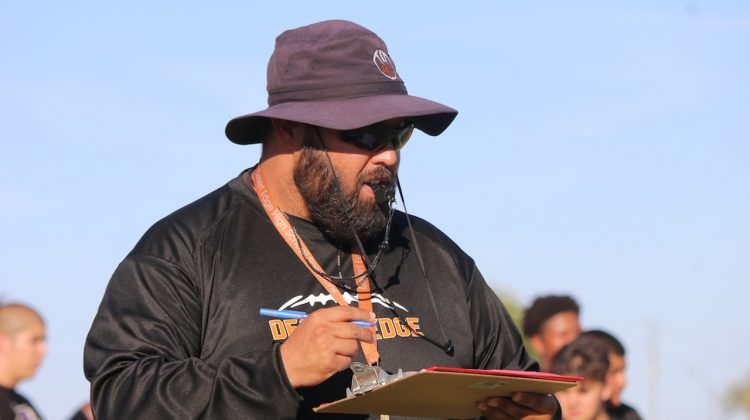 There were a few coaching changes that came down on Friday for Salpointe Catholic and St. Mary’s.

Salpointe didn’t waste any time hiring a successor to Dennis Bene, who is retiring. Todd Schulte will take over and has been within the program since 1998. He went to high school and college in Tucson and has been on the freshman and junior varsity teams since 2013.

Later that afternoon, news broke that St. Mary’s hired former Desert Edge head coach Jose Lucero to run their program. Lucero helped build the Scorpions into one of the most consistent programs in 4A, but the opportunity to coach the Knights was something near and dear to his heart.

“It’s been my dream job since the moment I started coaching,” Lucero said. “I’m an alumnus, my wife’s an alumna, my family all went to St. Mary’s. To be honest, for me, there’s no community in Arizona that has what St. Mary’s has with the tradition and the support and I’m really happy to be there.”

Lucero coached under Rich Wellbrock for multiple years at Desert Edge before taking the North Canyon job in 2016. He then returned to Desert Edge a year later as head coach after Wellbrock moved on to Basha. The Scorpions most recently made the 4A state title game and went 26-12 in three years under Lucero.

“It’s extremely hard to talk to those kids and let them know I’ll be leaving,” Lucero said. “They’re a great group of kids and the Desert Edge community was amazing to me and my family. They’re going to be a real strong team next year and that whole program is in a real good spot.”

St. Mary’s went 5-6 last year in the 4A division. Lucero said he is excited about the core that returns for the Knights, with three of the top four tacklers being juniors last year.

Lucero has a track record of being able to adapt to his talent. In his three years as head coach of Desert Edge, he went from a run-heavy offense to one of the most prolific passing attacks in the state with sophomore quarterback Adryan Lara leading the way.

“You always need to fit your system to the kids, not the other way around. we’ll get in here come spring time and start making those decisions.”

Jordan Spurgeon ·
@spurge_
A 🐥 for Jose Luis Ballester on 17.