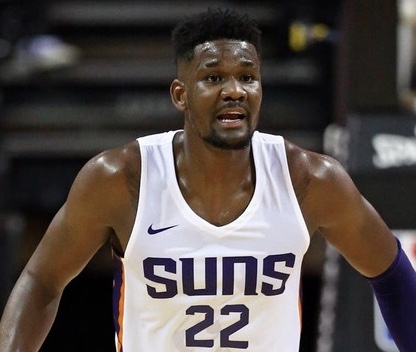 April 15th, 2020 is the next time the Lakers come to Phoenix.  Based off their early season showing, the Suns could be getting ready for the playoffs for the first time since 2010. They look like a team that could be floating around the final playoff spot, while LA has the makeup of a top-seed in the West. No matter what things look like in six months, this much is certain, DeAndre Ayton has to be on the floor, and producing,  if the Suns want to challenge the Lakers.

The length of LA is impressive. Anthony Davis made a 2nd quarter baseline throw down on Dario Saric that brought the purple and gold to their feet. Between Davis, Dwight Howard, and JaVale McGee the Suns simply didn’t have enough length and strength inside. The Lakers poured through 70 points in the paint. Ayton on the court would’ve helped Tuesday night  in a big way.

I have no idea what to expect when Ayton returns from his 25-game suspension for using a banned substance. Will he come back more mature? Hungry for the game that was taken away from him? I don’t know the answers to those questions, but what I do know is the Suns have very little chance of beating the Lakers without Ayton on the floor.