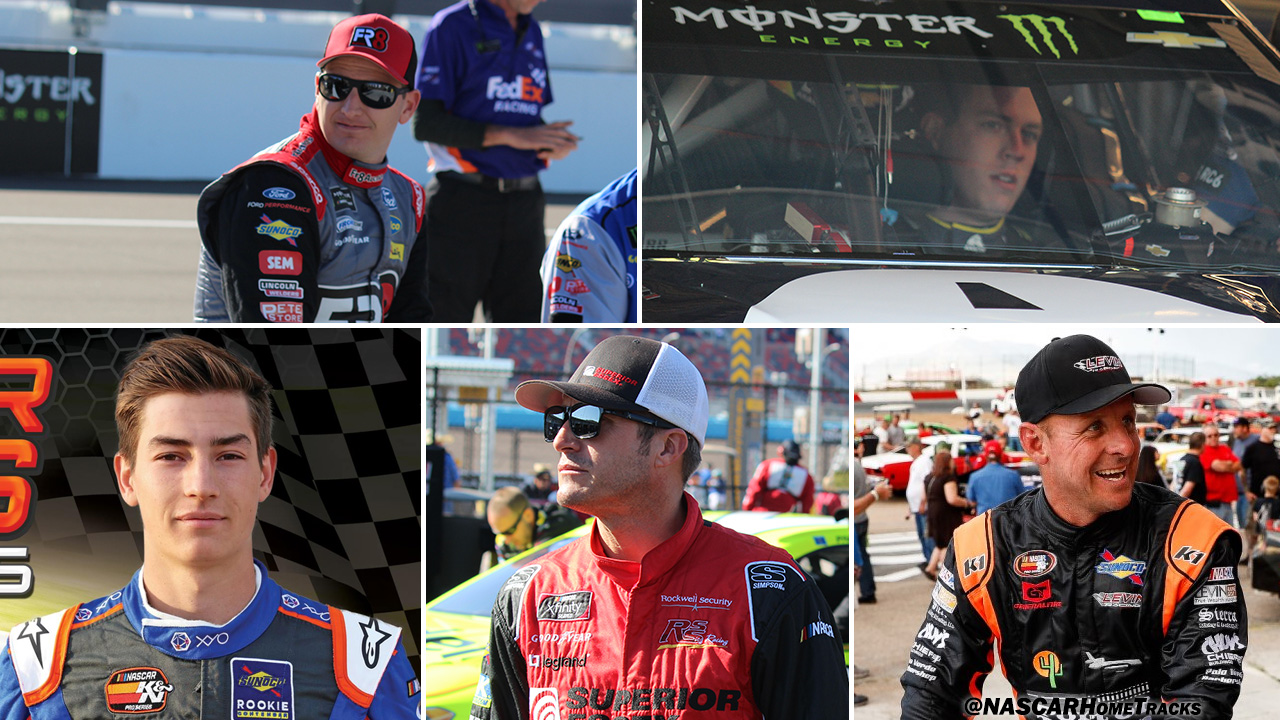 Want to root for someone this weekend for the Bluegreen Vacations 500 weekend? If you want to cheer for some home-grown talent, five drivers will be racing representing the state of Arizona.

A good home-state guy to root for in the Bluegreen Vacations 500 will be the former Ironwood Ridge student who hits the track in Hendrick Motorsport’s No.88, formerly raced by the famous, Dale Earnhardt Jr. Earlier this year, Bowman made history and became the first Arizona-born driver to win in the NASCAR Cup Series with his victory at Chicagoland Speedway.

In some of Bowman’s first races in the No. 88, Bowman won a pole at ISM Raceway and nearly won the fall race as well before a late-race incident put that to bed. The 26-year-old made the NASCAR Playoffs for the second year in a row in 2019 and is coming off a top-five finish last week in The Lone Star State. Look out for Bowman possibly breaking through and looking to become the first Arizona-native to ever win a NASCAR race at ISM Raceway.

Solid top five night. The team made huge improvements and the @Valvoline hot rod was feeling good. Definitely the finish we’ve been looking for here pic.twitter.com/OHWGXUGRC0

One of the most exciting drivers to watch at superspeedways is Glendale’s own, Michael McDowell (who whipped everyone at Octane Raceway a few weeks ago). McDowell became the first-ever Arizonan to win in any of NASCAR’s nationally touring series with his victory at Road America in 2016 in the Xfinity Series. He also owns a win at ISM Raceway, although it was on the road course that no longer exists in the 2004 Star Mazda Series.

Earlier this year, the 34-year-old did the impossible. He dominated Arizona media and race fans in a handfull of go-kart races on a Tuesday, passed a kidney stone on that Friday, and then completed one of the most grueling races on the NASCAR schedule, the Charlotte ROVAL on Sunday. If he can go through that with a 12th place finish, he might be able to withstand anything. McDowell is a great driver and ambassador for the sports as well as a great “little guy” to root for throughout the weekend.

4 tires and fuel for the No. 34 @LovesTravelStop Ford under green. pic.twitter.com/hjrx4Wbs9K

J.J. Yeley holds one of the greatest honors in racing, being a USAC Triple Crown Champion. Winning a title in all three USAC series (sprint cars, midgets, and Silver Crown) is quite the feat and continues to race in NASCAR. At age 43, Yeley heads back home to Arizona to try to take a low budget car to a good finish.

The Phoenix native will be the only driver racing double duty, racing for Rick Ware in Sunday’s Bluegreen Vacations 500 and for Ryan Sieg in Saturday’s Desert Diamond 200. Yeley races for a low-budget team on Sunday, but typically outperforms his RWR teammates when he has the opportunity to hop in.

Super proud of the team effort this weekend @RickWareRacing . The guys never gave up, we raced hard all day to have the brakes finally overheat battling my way into the top 25. Fell back to P28 the last 3 laps coasting with Zero brakes left in the @KayYowFund car! pic.twitter.com/LZABwFYZeh

Current Notre Dame Prep senior, Jagger Jones, enters this weekend in second place in the K&N Pro Series West points as just a rookie, in of NASCAR’s top development series. The youngster has never raced on an oval this size before and will have a boatload of tough competition to race against, including the 2019 K&N Pro Series East Champion, Sam Mayer.

The 17-year-old will have the pleasure of racing in front of friends and family in the Arizona Lottery 100 as he looks for his second career victory to ignite the hometown crowd. Jones has performed well in the series while also performing well in the classroom at NDP. Jones has to play hooky on Friday to practice his car and will likely catch up on his work next week. How often do you find a high school professional athlete from your state?

I will be racing this Saturday November 9th at 4pm in Phoenix at @ismraceway! It is FREE to come watch! Looking forward to seeing some of you guys there! pic.twitter.com/Y0EthzlUPS

Tucson’s Matt Levin is just a guy living the dream. While he doesn’t race full time in the K&N Pro Series West, he still sits in the top ten in the standings. Levin will be racing for JP Racing on Saturday night but also owns his own stable of cars in the Arizona Lottery 100.

He is the car owner of two cars who will likely be fighting for the win. In the No. 10 will be the future full-time driver in Joe Gibbs Racing’s Xfinity lineup, Riley Herbst, and coach Joe Gibbs’ own grandson, Ty Gibbs, will be in the No. 40. 44-year-old Levin is just the local guy who made a passion become a living. Levin started racing in Tucson in 1999 with a street stock and grew through the racing ranks, doing it all on his own wallet and own work on his cars. After 50 races in the NASCAR K&N West Series, Levin finally collected his first career top-five finish, coming at his own home track of Tucson Speedway earlier this year. If you want to root for the little do-it-all blue-collar guy on Saturday night, watch out for the Levin stable.

? “I wanted to give them something to cheer for and be proud of.” –@TeamNormanLevin

Who do you want to see win during the Bluegreen Vacations 500 weekend? Join the conversation on twitter with @devonhenry77 and @Sports360AZ. Follow along all weekend for your NASCAR updates.