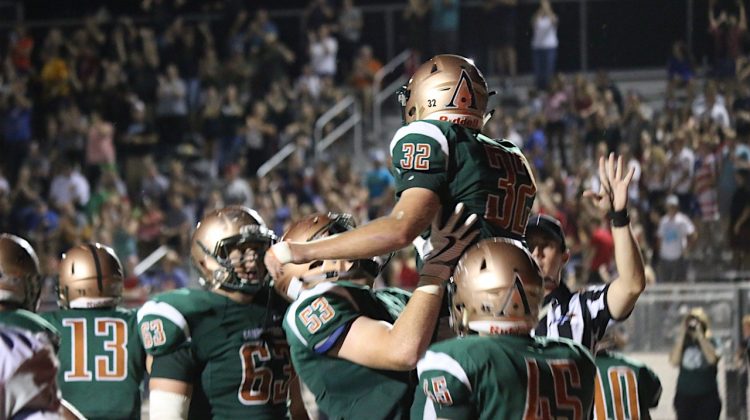 Not many people expected Campo Verde to still be in the playoffs.

Entering the season, azcentral’s 5A Preseason Top 10 didn’t include the Gilbert-based school. Because the Coyotes lost their leading passer, rusher and receiver from a year ago, most saw them as an afterthought.

But, according to head coach Max Ragsdale, it was justified.

“I would have underestimated us too,” Ragsdale said. “With the region we play in, I have no issue with others underestimating us. We relish in being the underdog or under-the-radar team anyway.”

Things clicked earlier than expected, however.

Campo Verde won its first seven games of 2019, outscoring opponents by an average of 31.7 points. Two of those wins came against playoff teams — Gilbert and Ironwood Ridge.

Despite losing several key pieces of the 2018 squad’s offense, the Coyotes found an offensive identity with their new starters.

Behind center, Zach Herrera has logged 1,796 yards and 20 touchdowns. Caden Calloway has established himself as one of the top backs in 5A, averaging 6.6 yards per carry while scoring 20 touchdowns. And four different receivers have posted more than 100 yards, with Danny McFarland leading the way with 718.

Heading into the final stretch of the season, however, the Coyotes dealt with their first obstacle. They ended the regular season on a three-game losing streak, falling to Higley, Williams Field and Casteel.

Those consecutive defeats came against three teams that all reached the quarterfinals, two of which (Williams Field and Casteel) are in the semifinal round. In the wake of this late-season speed bump, Ragsdale preached the basics.

“We just got back to fundamentals and practiced harder while worrying about ourselves,” Ragsdale said. “Not so much about what our opponent was doing.”

Campo Verde back to work after a come from behind win over Higley last week. Coyotes are making their first appearance in the 5A semifinals Friday against Notre Dame Prep pic.twitter.com/zgGtFmvGKI

Only one game stands between Campo Verde and the 5A State Championship: a semifinal test against Scottsdale’s Notre Dame Prep. But that matchup won’t be easy.

The Saints, ranked No. 2 in the 5A rankings, finished the regular season 9-1. Their only loss came to Horizon, which advanced to the Open Division playoffs. In Notre Dame Prep’s first two playoff games — against Verrado and Cienega — it outscored their opponents 83-34.

Other than maybe Williams Field, which is currently ranked No. 1 in 5A, the Saints are the toughest opponent Campo Verde has faced. But this hasn’t halted the fight on Ragsdale’s side.

“(I’ve told them) to not be satisfied with just being in the playoffs, but to finish the deal,” Ragsdale said. “We need to improve every day. If you’re not getting better, you’re getting worse.”

The Coyotes and Saints will kick off at 7:00 at North Canyon High School.