8,552 fans were given a great show by Arizona State’s nationally ranked wrestling program. After taking down top-ranked Penn State, Friday night at Desert Financial Arena in Tempe, the party was on.

DOWN GOES NO. 1 PENN STATE‼️@ASUWrestling snaps their 60-meet win streak and hands them their first loss since 2015! pic.twitter.com/KuSnzhPlFZ

This morning head coach Zeke Jones and I spoke via text about the biggest takeway from Friday night. “Anything can be done, it was great for all Sun Devils and Wrestling on the West Coast. Appreciate Cael Sanderson(Penn State head coach) giving us the opportunity to compete against the best, without them, we don’t get to test ourselves”. Could the Sun Devils and Penn State meet up again? “We would love to go back to Penn State, but it’s difficult to get one their schedule”, Jones said. 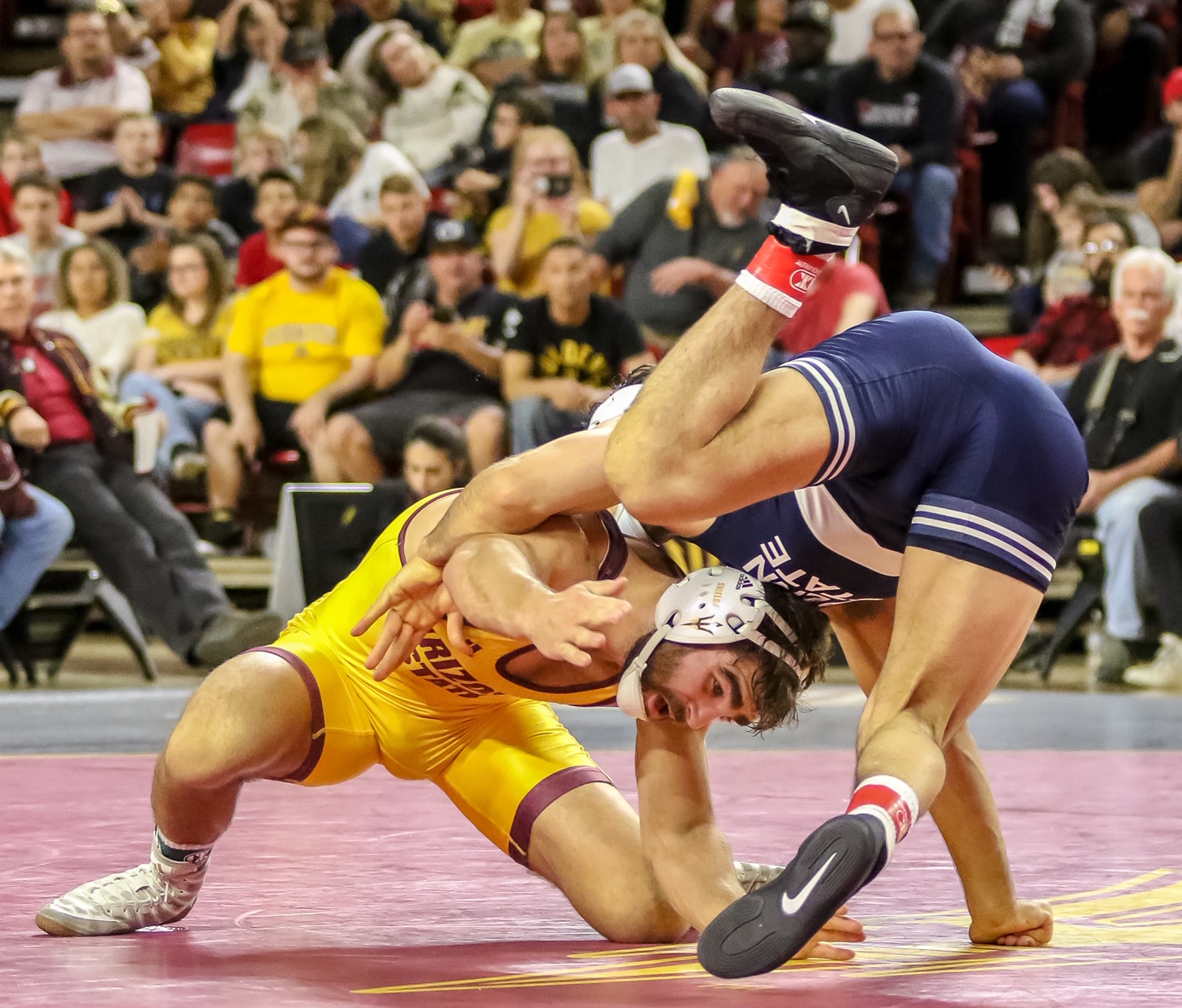