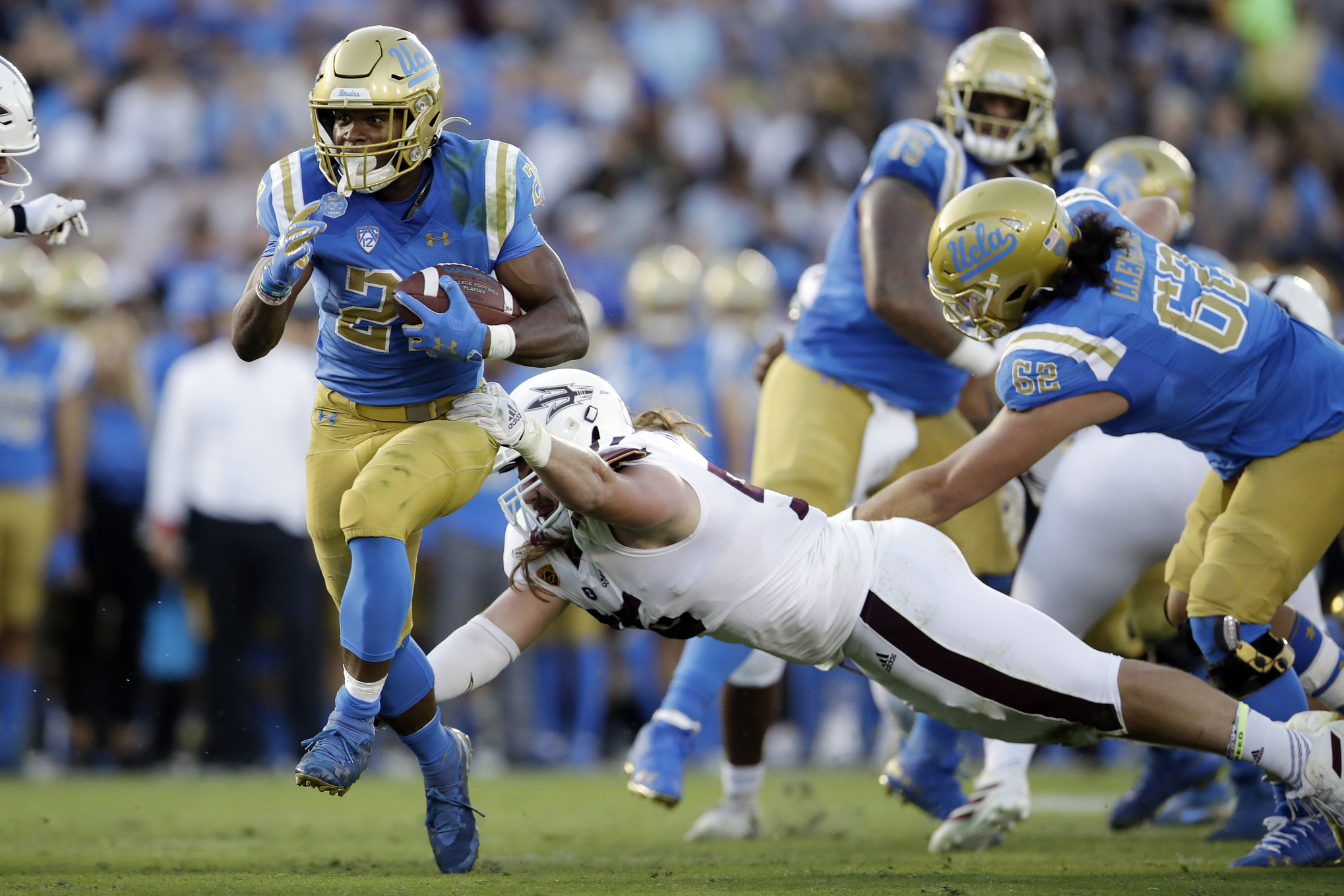 The “Train” had been running smoothly for the first year and a half of the Herm Edwards reign at ASU. The last two weeks the “Herm Train” has gone off the rails. Arizona State put up very little fight in a 42-32 road loss to UCLA at the Rose Bowl on Saturday night. Forget about the HBO inside look at the Sun Devil program, , forget about Jayden Daniels diving into the end zone to take down Washington State. The scoreboard is the only metric. Don’t let the 10-point margin fool you, this wasn’t much of a game by the time halftime hit.  “At the start of the game we were flat, lifeless, I don’t know why”, Herm Edwards said on his postgame radio interview.

The Sun Devils were whistled for nine penalties. They allowed UCLA to punch them in the mouth from the onset and never recovered. The Bruins built up a 42-10 lead in the 4th quarter, with running back Joshua Kelly punishing the Sun Devils for 164 yards on 34 carries.  It’s the fourth straight game that UCLA rushed for over 200 yards. The Bruins had two scoring drives of 16 plays on the suddenly beleaguered ASU defense.

ASU is on a bye next week, which comes at the best time mentally for a team that looks beaten down after back to back losses to Utah and the Bruins.