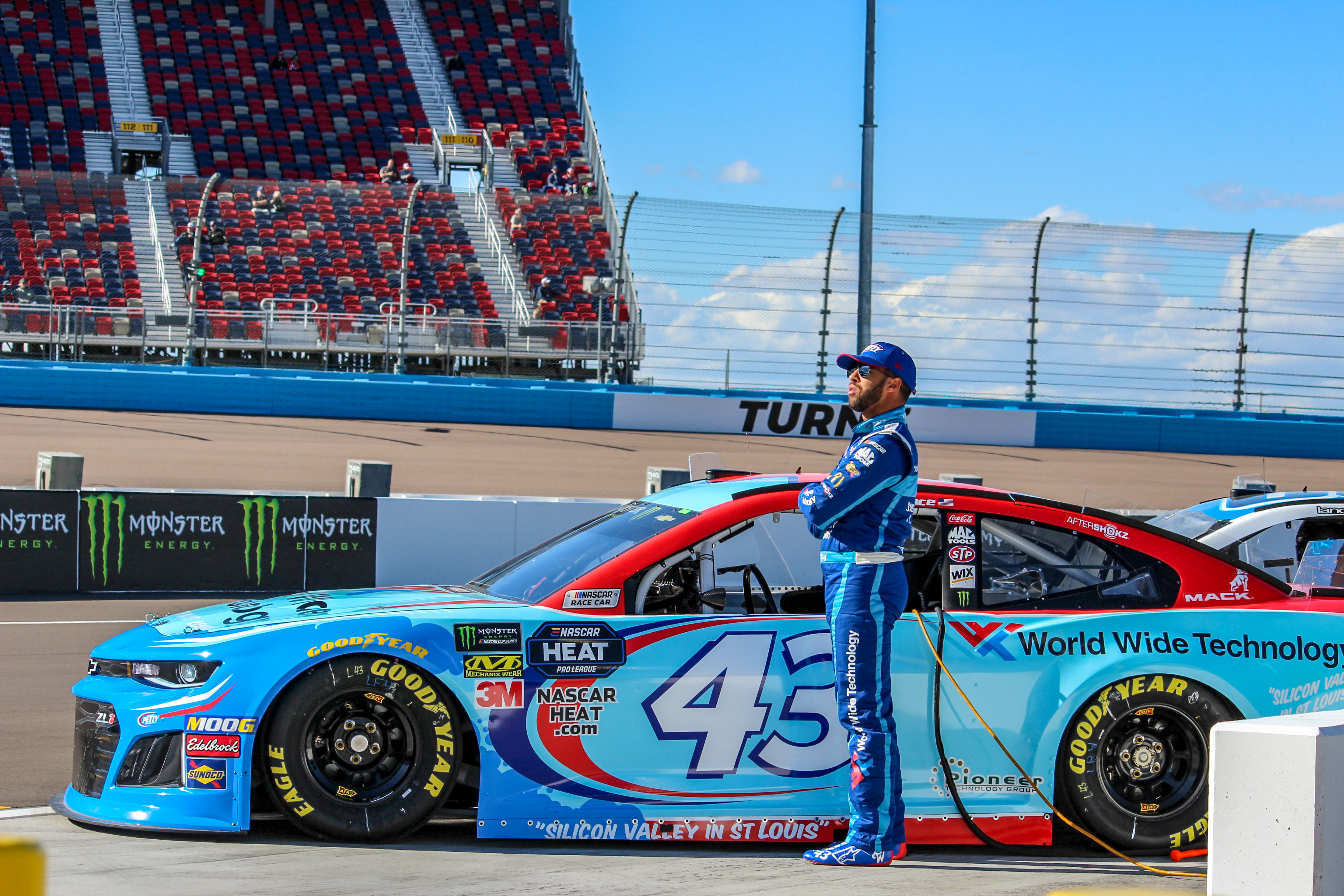 The playoffs. The most intense part of any sport where bad blood boils over and the intensity ramps up. Unlike any other sport, the NASCAR Playoffs aren’t exclusive to playoff teams. All 40 teams can still race in every event throughout the two and a half months.

When you’re racing every competitor at high intensity for ten straight weeks, drama and aggravation ensue. Only a month away from the semifinal Bluegreen Vacation 500 at ISM Raceway to determine the final four drivers, here’s what’s making the NASCAR world buzz.

The pit road splash of Powerade while Bowman was receiving medical attention postrace ruled the NASCAR media all week after the race. Bowman accused Wallace of flipping him off on the track for two races and took matters into his own hands spinning out Wallace at the Charlotte ROVAL race. Bowman also made bad blood after a couple of run-ins with Austin Dillion a few races before at Richmond.

The Tucson racer certainly hasn’t made any friends in the playoffs so far and it could come back to haunt him since neither of these drivers are also in the playoffs and don’t have nearly as much to lose as Bowman does.

Anything can happen at Talladega. In last year’s playoff race at the Alabama track, only one driver didn’t finish the race. In the playoff race the year prior, though, 26 cars in the 40-car field had to end their race early due to wrecks.

‘Dega is the biggest wildcard in all the playoffs since it can cause turmoil on the already stressed out playoff drivers. The only racer who goes into this weekend guaranteed a spot in the Round of 8 is Chip Ganassi Racing driver, Kyle Larson. The 27-year-old’s victory at Dover last week clinched him a spot in the next round.

For the other 11 drivers, they’ll be on high alert. They have to avoid incidents that can collect the entire field in just two seconds knowing it could single-handedly make next week a must-win race in the final race of the Round of 12.

Early Trouble in the Round of 12

The only thing worse than having Talladega in the Playoffs at all is heading into the race behind the cutline to be eliminated.

Defending champion Joey Logano entered the race 24 points above the cutline but before the race even started a broken rear axle sent the team to the garage. The team got the car back on track over 20 laps down and finished 34th but is tied at the cutline with William Byron. To make matters worse, while racing 24 laps down, he decided to block and race hard with race leader Denny Hamlin. Eventually, Hamlin would get passed while battling Logano and would never see the lead again. Now Hamlin might have it out for Logano after watching a chance to win and advance slip away.

“Make up a position?? He’s 24 laps down … That’s just a stupid statement by an idiot.”- Denny Hamlin

Do you think Joey Logano raced too hard after his issues in Dover? pic.twitter.com/z96pSlMEjA

Only nine laps into the race, fan-favorite, Chase Elliott, suffered an engine expiring, finishing dead last. After starting the race 19 points above the cutline, he finds himself down seven points. Young star, Ryan Blaney, suffered a mechanical issue causing him to finish 35th, now 22 points behind the cutline.

All three drivers now find themselves between a rock and a heard place heading into Talladega where their bad scenario could become a worst possible scenario in a matter of seconds heading into the final race of the Round of 12.

Arizona Set for A Win

In June, Arizona was added to the list of states that produced a NASCAR Cup Series winner. Tucson’s Alex Bowman won at Chicagoland Speedway in Illinois. After some solid performances, Arizona might be due for another NASCAR win before year’s end.

Bowman is trying to get locked into the Round of 8 for the first time in his young career, giving him a chance to race for a spot in the Championship 4 when NASCAR comes to his home track for the semifinal. He’s been driving the wheels off his car with a second and third-place finish in his last two races. The last time Bowman was on such a hot streak, he won at Chicagoland just a few weeks later.

At superspeedways, the playing field is leveled due to drafting. Teams that can’t afford top tier engines and equipment like some of the major teams can put up a fight through driver and team skills through the help of the draft. One driver that always becomes a threat at superspeedways to upset the big money drivers is Glendale’s own Michael McDowell. McDowell scored his second career top-five finish in this year’s Daytona 500 and is a favorite underdog among sports betters.

Eliav Gabay ·
@eliavgabay
In a late scratch, Skylar Diggins-Smith is Not With Team-Personal Reasons, and will miss tonight’s game against the Lynx.