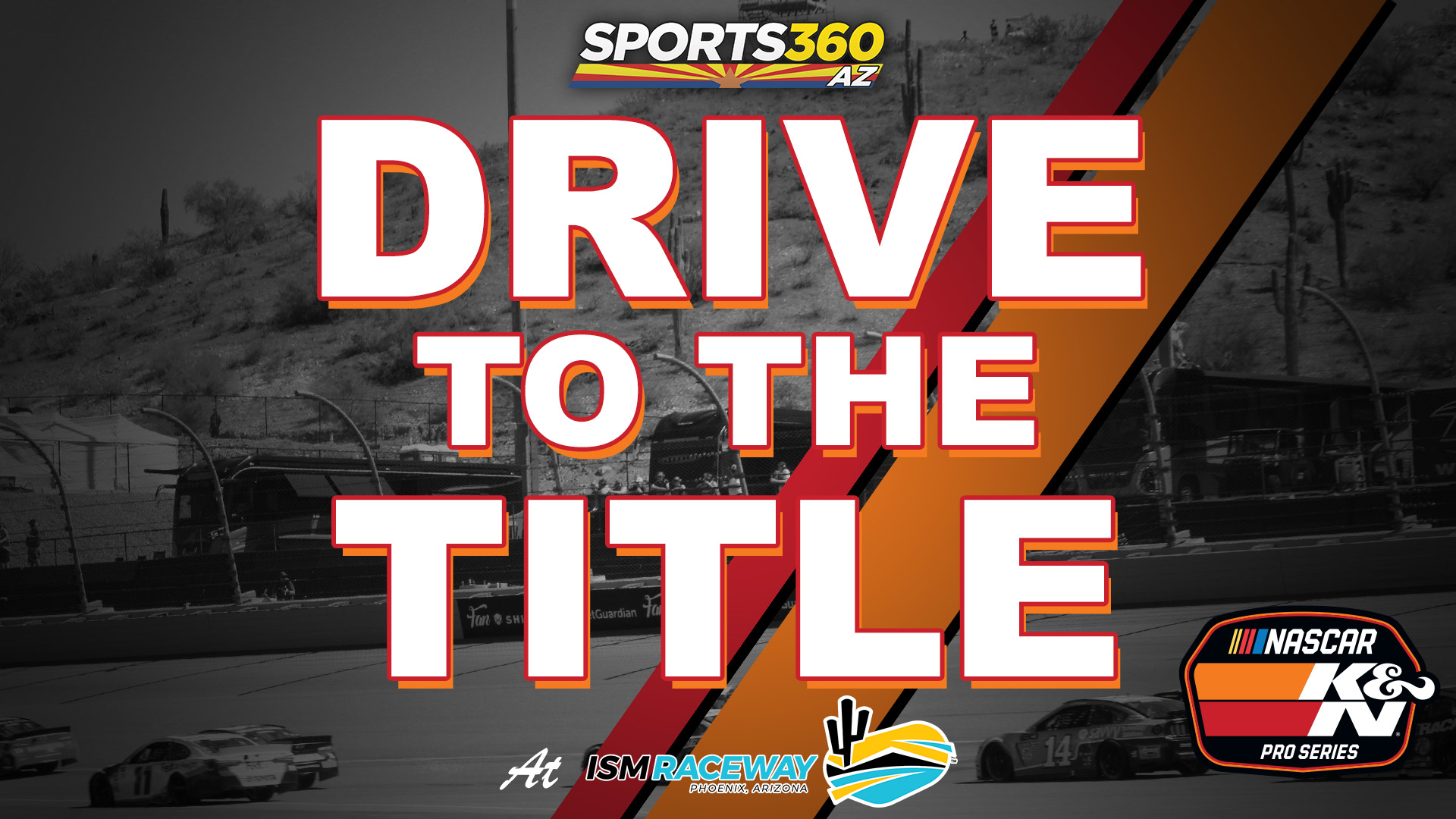 A champion will be crowned in Phoenix.

The NASCAR K&N Pro Series West is one of NASCAR’s premier development series for young pavement drivers and features the future faces of the sport.

In the middle of NASCAR’s semi-final weekend at ISM Raceway Nov. 8-10, the K&N West Series will compete in their championship race to crown the 2019 champion. They have the opportunity to join names such as Kevin Harvick, Ron Hornaday, Kyle Larson, and Joey Logano as NASCAR regional champions.

#KNWest points leader @derek9kraus will return to Phoenix in November to battle for the K&N Pro Series West Championship!

The Championship race is all a part of ISM Raceway’s 4 races in 3 days, November 8-10. pic.twitter.com/IMVoVQ7vvo

As the series heads to Iowa Speedway to kick off the second half of the season, four championship competitors have stood out over the rest.

The two championship favorites are arguably 2017 rookie of the year, Derek Kraus, and versatile racer, Hailie Deegan. Stalking closely behind though is Scottsdale’s own 16-year-old, Jagger Jones, and Trevor Huddleston.

Jones begins his senior year at Notre Dame Prep in the coming weeks but first will compete in the Casey’s General Store 150 at Iowa trying to dwindle down his 17-point gap to points leader, Derek Kraus. 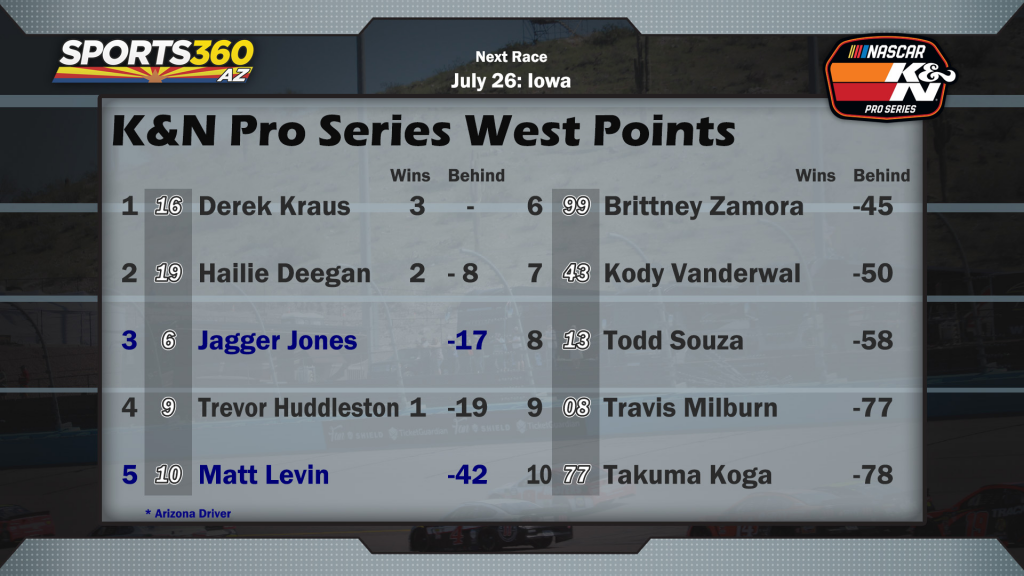 Iowa stands out on the schedule for many of the young racers, being the longest oval on the schedule at seven-eighths of a mile. For all the rookies, this will be their first taste of a track near a mile in distance. Even for some of the veterans, this track has huge implications for the championship competitors being one of the most relatable tracks to ISM Raceway.

“Phoenix is about two-and-half times bigger than any track that I’ve raced on to this date,” Jones said on The Inside Lane. “[Iowa] will be a little bit of a learning experience for the bigger tracks like Phoenix and Gateway.”

“I’ve always gone out there for the Cup races and met some of my idols and heroes. To just be standing there as an eight-year-old watching the Cup race, I didn’t think in eight years I’d be racing, myself, at ISM Raceway.”

Jones has finished in the top ten in six of the seven races in 2019 and hasn’t been outside the top three in points all year long.

Grandson of Parnelli Jones, racing is in his blood. We can’t wait to have Jagger here November 9 for the K&N Pro Series West Championship! https://t.co/aS4JfN3FKo

It’s been nearly a month since the series’ last race at Douglas County Speedway where Kraus won from the pole earning him his third checkered flag of the season. Of the 812 laps run in 2019, Kraus has led over half of them and holds an eight-point lead over Hailie Deegan.

The top three in points have stood out as the class of the field. Kraus, Deegan, and Jones all have an average start of no worse than fourth and an average finish of under sixth. The only driver to finish inside the top ten in all seven races is, Trevor Huddleston, fourth in the standings.

As we enter the final seven races of the K&N Pro Series season, keep it here at Sports360AZ as we draw closer to the championship race at ISM Raceway, with a new Drive to the Title notebook every race weekend! Join the conversation on Twitter with @Sports360AZ, @devonhenry77, and #KNWest.

“It speaks to trying to give something back to the race fans we have here in Iowa.” – @IowaPresident