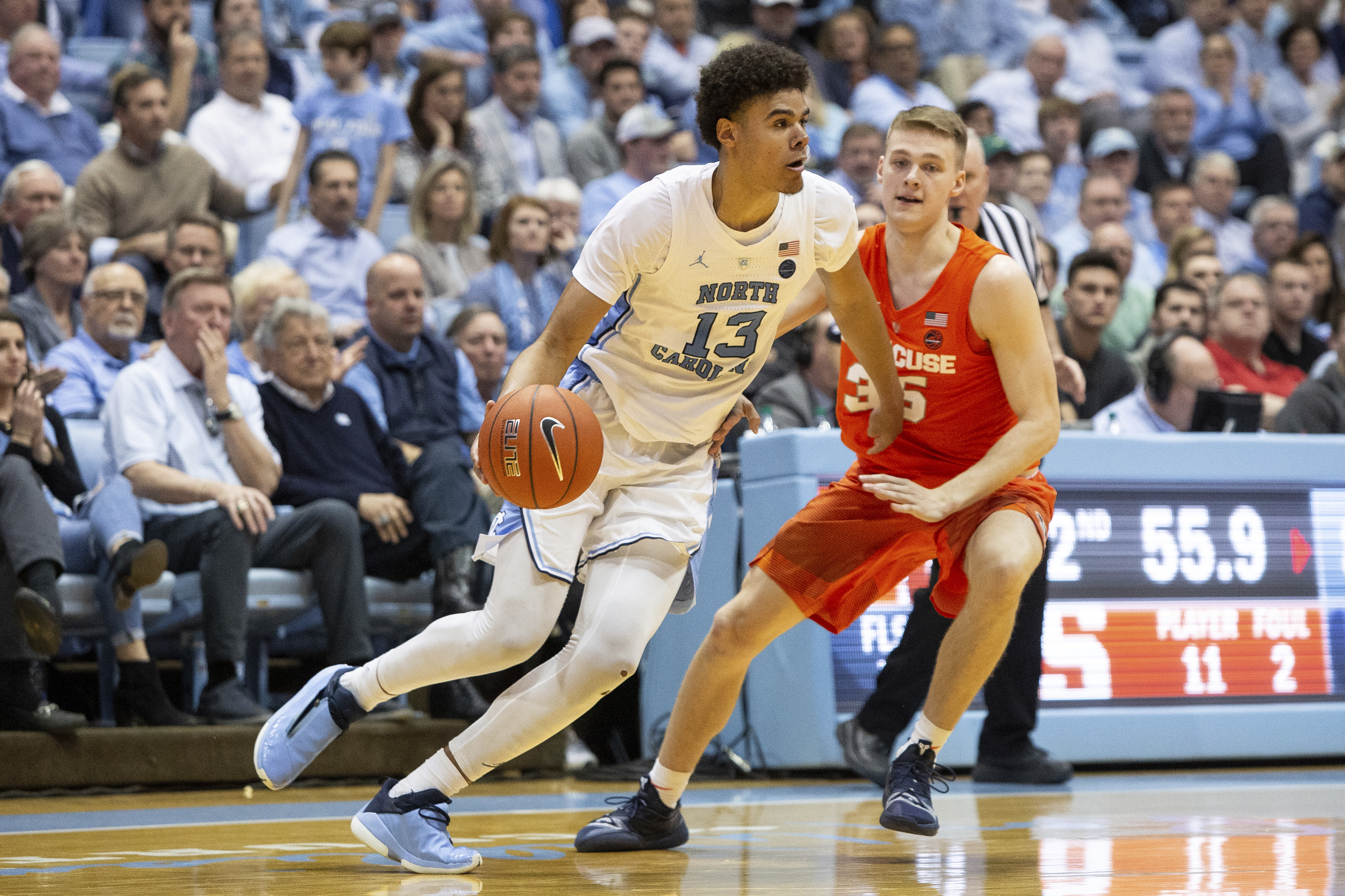 After trading back five picks in the first round Thursday afternoon the Phoenix Suns added outside shooting help with the selection of North Carolina small forward Cameron Johnson who is expected to help spread the floor for Devin Booker and DeAndre Ayton.

#Suns fans here @TSRarena react to the selection of #UNC small forward #CamJohnson with the 11th pick this evening. pic.twitter.com/kK5nNM6rw8

The rangy, 6-foot-8 Johnson was called “the best shooter in this draft” by ESPN’s Jay Bilas shortly after the selection.

UNC’s Cameron Johnson impressed teams with his shooting in workouts — and now goes a stunning No. 11 overall. https://t.co/CdDOeDswq6

Many believed Johnson would be selected much later in the first, potentially even early in the second round. The 23-year-old shot an NCAA-best 46 percent from three-point range.

As ESPN insider Adrian Wojnarowski conveyed, there is history between Johnson and Suns Vice President of Basketball Operations Jeff Bower.

Phoenix VP of Basketball Operations Jeff Bower had Cam Johnson on campus for a recruiting visit in his one season as head coach at Marist College. A week later, Pitt offered him and Bower lost him to the ACC. Five years later, Bower gets Johnson on his team with 11th pick.

While there is an opportunity for Johnson to play immediately, only time will tell if the considered reach was worth the long-term investment. He played for his hometown Pitt Panthers from 2014-17 before grad transferring to UNC for his final two years of eligibility.

Johnson was not one of the 24 players selected to sit in the NBA Green Room at the draft.