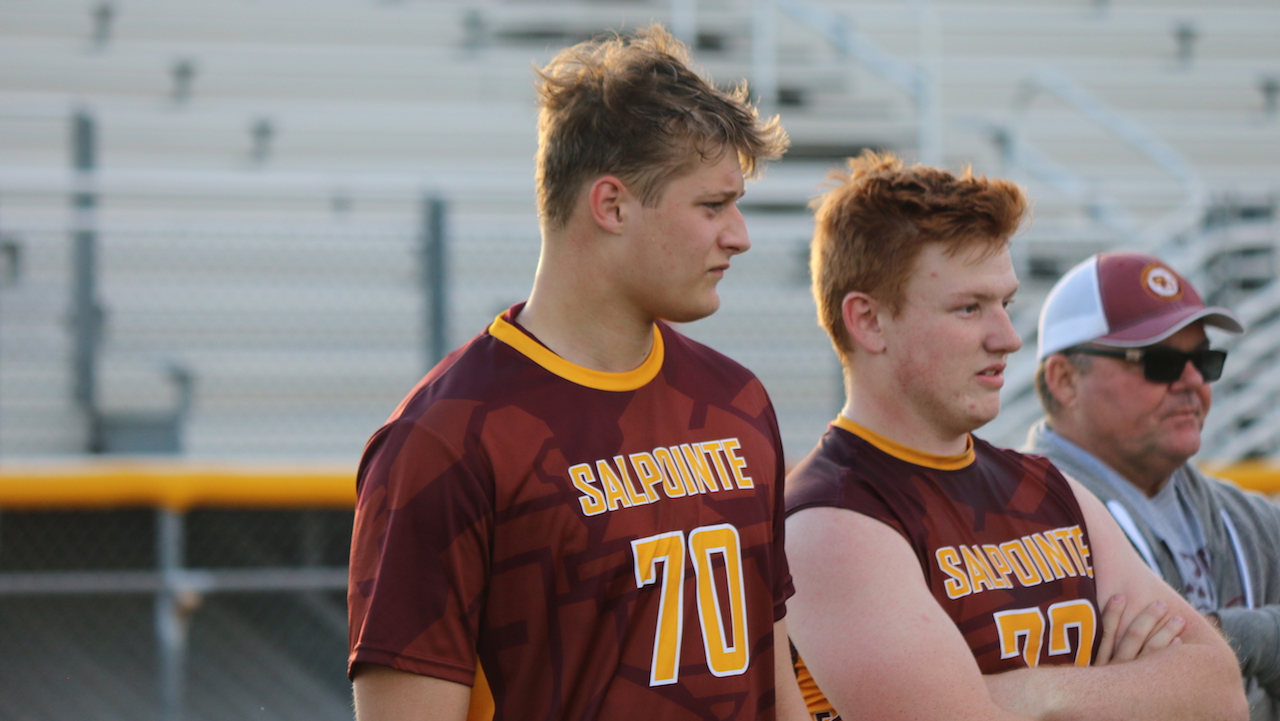 What a difference three months makes.

At that time, Salpointe Catholic offensive lineman Bruno Fina had no Power 5 offers.

Then USC pulled the trigger and offered him a scholarship.

Programs currently jumping out to him are Arizona, UCLA, Boston College, Yale and Vanderbilt. He has visited all five of these campuses, starting off with UCLA in May and then taking an east coast trip a few months later.

He started the trip with Vanderbilt.

“They’re really proud of being in the SEC. They call themselves the Harvard of the South too,” Fina said. “They have a lot of things that are really unique to them. Different from the SEC, but also different from schools in other conferences.”

The Commodores have similar plans for Fina as many of the teams recruiting him: See how he grows and use his versatility.

“With my frame and me playing tight end, guard and tackle last year, they’re really just wanting to take me in to see where I fit best.”

Fina and his father then flew up to the Northeast to check out Harvard, Yale and then spend a few days at Boston College.

The Crimson, who already earned a commitment from Notre Dame Prep linebacker Brock Locnikar this recruiting cycle, stressed the academic connections they could create.

Harvard head coach Tim Murphy left him with this message:

“At the end of the day, you don’t want to go to sleep six months from now and say, ‘Wow, I could have gone to Harvard because it’s the best school in the world and you’ll get the best education and the best connections.’”

Then, Fina visited Yale and was impressed with not only the academic prowess they held but the culture created within the football team. The offensive lineman asked a coach about the attitude within the football team and was told last year members of the team broke into the weightroom after hours to get an “emergency lift” in, something Fina identified with.

“I think the attitude of their football players and the way they go about making connections and feeling like a family really, I think it’s a lot more intense than it is at Harvard,” Fina said.

“They’re football players for sure at heart.”

He was also impressed with the work head coach Tony Reno does to set up internships and opportunities for his players. Yale does not have an athletic liason, so the coach takes it up himself.

A team that may have made the most ground on Fina’s slew of visits was Boston College. Fina spent multiple days on campus, sleeping in the dorm one night, touring the campus and then participating in a camp.

Fina admitted up until that point that he hadn’t quite connected with the coaching staff like he wanted, but all that changed on this visit.

“I saw all they’re doing there and the attitude they have towards football,” Fina said. “They play really tough, really smashmouth, hard football. That really changed my opinion of them. I liked it a lot.”

Fina also visited the University of Arizona a week later, a school that is in close proximity and a program his father, John, played for before an NFL career. But Bruno hadn’t quite had a chance to get a good look at the program’s inner workings despite being in his backyard.

“One-hundred percent I feel I definitely saw a new side of the program, from coaches to players to strength staff, blew me away,” Fina said.

He said he is weighing the pros and cons of staying close to home or spending his college days in another part of the country.

Fina hopes to have his commitment made before the Lancers kick off their season in August. 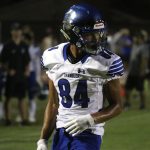