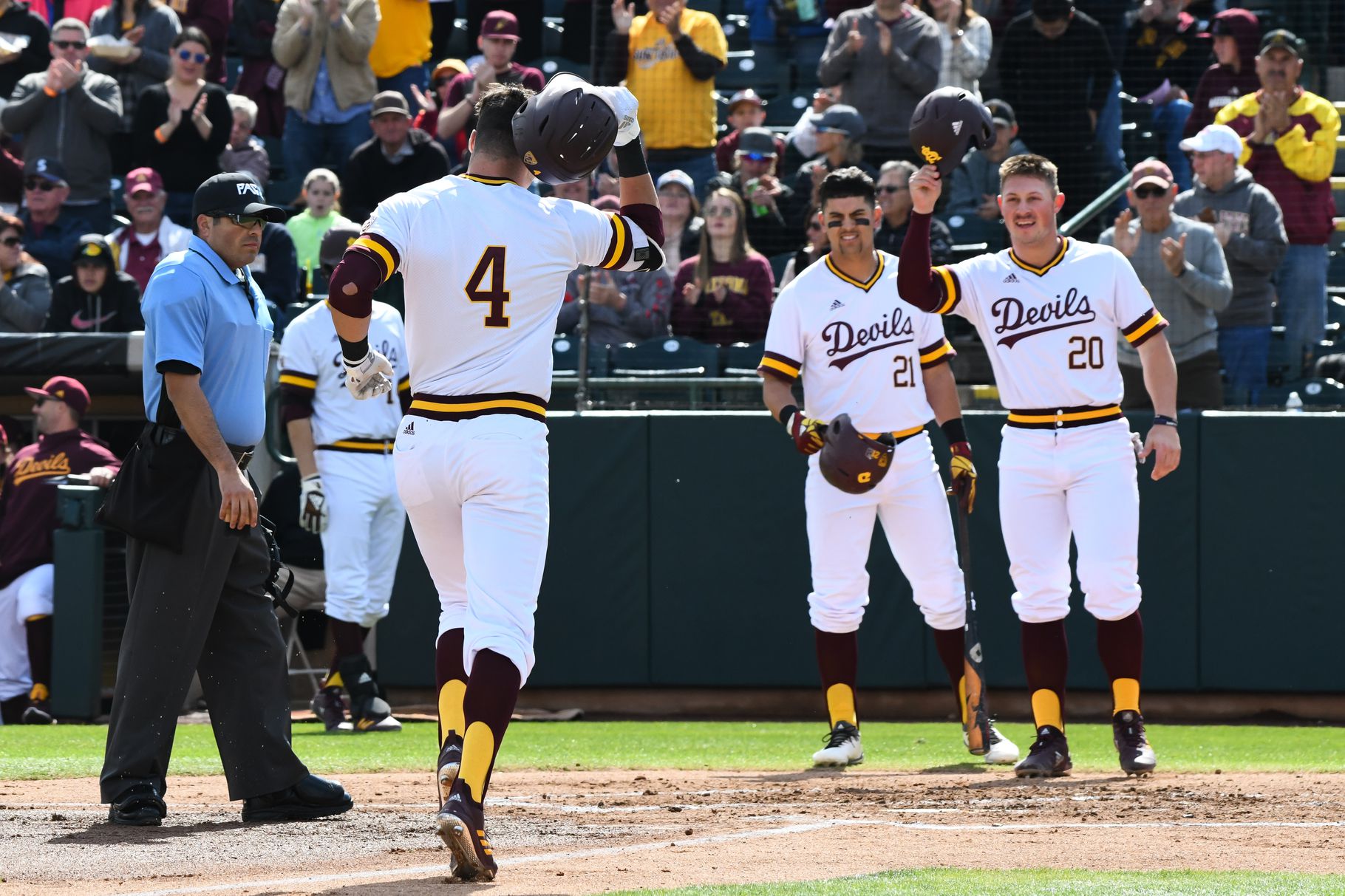 Only one Arizona State baseball player on the team’s 2019 roster has experience playing in the postseason. That opportunity didn’t even come at ASU, either. Redshirt junior infield transfer Cole Austin played in the NCAA Tournament one time at West Virginia.

For the rest of the group, this year’s Road to Omaha will be a whole new experience. This Friday when ASU takes the field against Southern Mississippi in the Baton Rouge Regional, the team’s junior class, which has gone through many ups and downs, will experience their first taste of trying to make a run to the College World Series.

For a historic college baseball program that has seen a two-year postseason drought, the feeling of being back in a familiar setting seems fitting.

“It’s tough to talk about the playoffs and not have our name in the conversation,” said ASU junior utility player Carter Aldrete. “Now that we are back in it, it just feels right. This is what ASU baseball is and what it’s going to continue to be. I’m glad it’s going in the right direction. We are just really excited to be in the tournament.”

ASU makes the NCAA baseball tournament, first time since 2016. They will be the two-seed in the Baton Rouge regional.

What a welcome it will be to the tournament for the Sun Devils as well. They won’t exactly get eased into things. They get to play at Alex Box Stadium on LSU’s campus, a venue that gets near 12,000-plus raucous fans during the postseason.

ASU junior center fielder Hunter Bishop, who is projected to be a top-10 first round draft pick in this Monday’s MLB Draft, even heard about playing at “The Box,” from his older brother Braden, who is currently playing in the Seattle Mariners organization.

“We have played at Nebraska with a lot of people and sometimes we have sold it out here (at Phoenix Muni), but I don’t think anything crowd-wise, we will play in like this,” Bishop said. “My brother played there his freshman year (of college) and told me, ‘It’s unlike anything you’ve seen except for the Big Leagues.’ He said it’s really fun but you have to take it one pitch at a time.”

Another Major League selection who will likely be on draft boards over the coming days is ASU junior right-handed pitcher Alec Marsh, who recorded the most strikeouts on the roster this year with 92.

Compared to his previous two years with the program where he was a part of two losing seasons and his combined two-year ERA was above six, the opportunity to now compete at college baseball’s highest level is something he doesn’t take for granted. The ace of the staff is ready.

“It’s pretty emotional. You don’t come to college to not go to the postseason,” Marsh said. “Finally seeing our names up there on the Selection Show was really special for all of us, and we all looked at each other like, ‘It’s about time.’ I can’t believe it’s finally there and it wasn’t a fluke. We worked really hard for this.”

The Sun Devils’ first game against Southern Mississippi is slated for a 10 a.m. local time on Friday, May 31 in the Baton Rouge Regional. Depending on if they win or lose against the Golden Eagles, ASU will play either LSU or Stony Brook in the four-team, double-elimination bracket.