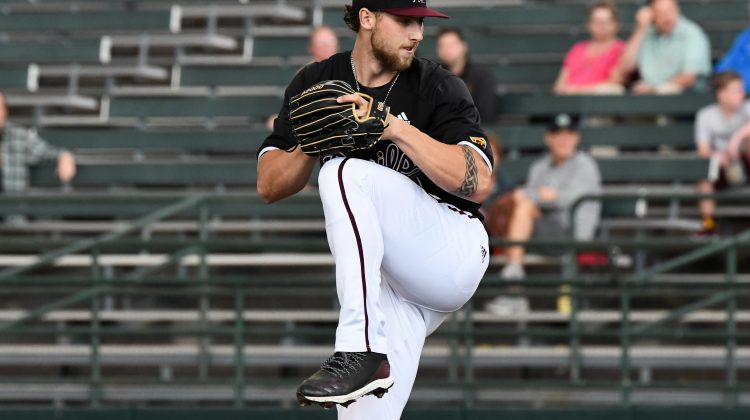 After dropping two out of three games to No. 3 Oregon State, the No. 9 Arizona State baseball team has some things to like, and some cause for concern in a year on the hot seat for head coach Tracy Smith.

Here are a few of my own thoughts as the team prepares to get ready for the final month of the regular season.

1.Bishop, Marsh, and Torkelson are the real deal. The nickname “MLB U” should be held to standard with Spencer Torkelson and Hunter Bishop leading the heart of the Sun Devil batting order.

One run at a time. His fifth in the last 6th games and 11th of the season has ASU on the board.

I believe they will be on MLB diamonds in the near future. Torkelson was the obvious standout after being among the nation’s leaders in home runs last year and shattering Barry Bonds’ freshman home run record, but Bishop is the surprise. He has pieced everything together and has been one of, if not the best hitters in the country this year. Alec Marsh has also made significant strides and has established himself as a legitimate prospect. His off-speed command and velocity increase has been what has impressed me the most.

2. ASU goes as far as its pitching does. The offense has been elite and Marsh has been the clear-cut ace but the back-end of the bullpen is what concerns me.

FINAL | Just a masterful performance by @ASU_Baseball RHP Alec Marsh when they needed it the most — beating @BeaverBaseball 4-1. Marsh struck out 9, walked 1 and allowed just three hits and a run in the CG and victory.

He was still bumping 95 in the ninth inning. Impressive.

Relying on a few young arms late in the season doesn’t often bode well. My biggest questions are how will the staff hold up at the end of the year and is there enough depth? I believe Erik Tolman and Blake Burzell are promising but are they enough? You likely need 7-8 strong arms to make a truly deep run. I feel right now, ASU has about five. Whether or not another steps up might be the difference between a regional/super regional, and a trip to Omaha.