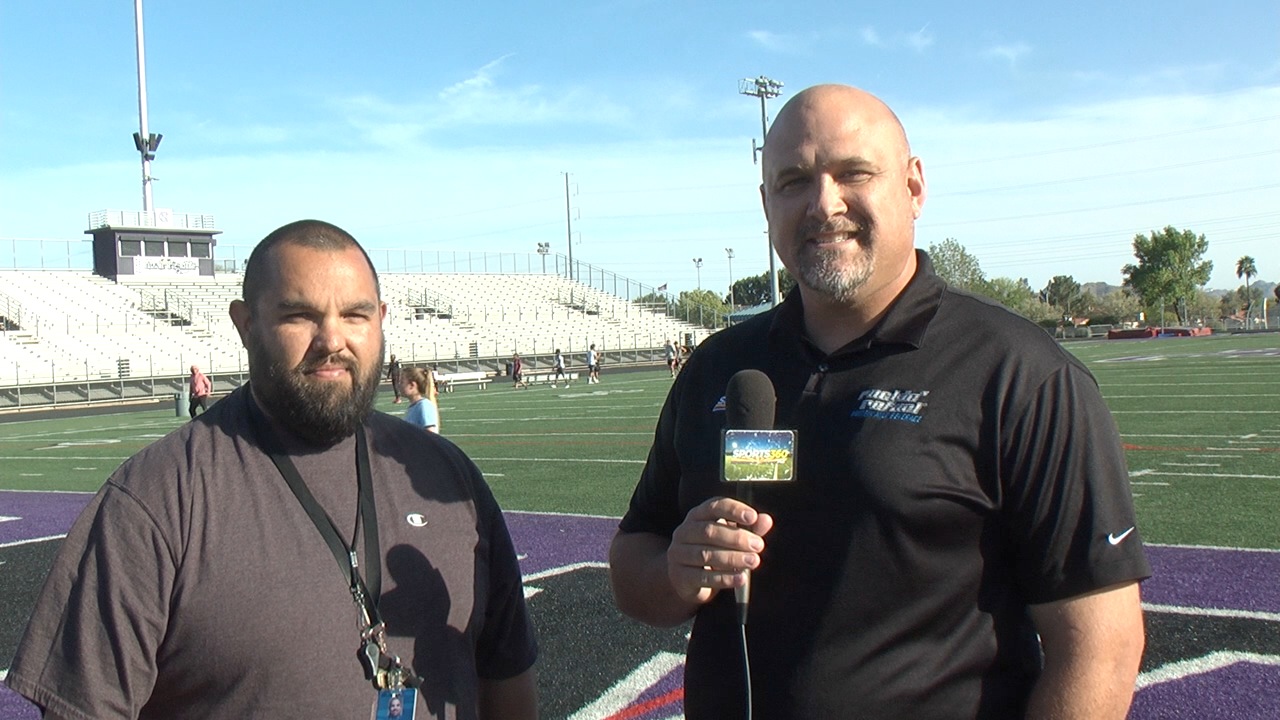 The Godfather of Arizona high school football is returning to the sidelines.

Long-time Sports360AZ recruiting expert Jason Jewell has been named the head coach of the Brophy Broncos.

“I am so incredibly honored to be named the next head football coach at Brophy Prep. It is surreal and I am almost at a loss for words to describe how excited I am,” Jewell said. “I am blessed that coaching football and mentoring young men is how I get to spend every day. Nothing makes me more excited to wake up and know that I get a chance to impact lives.”
Jewell has been a long-time host of Sports360AZ’s Recruiting Roundup and has coached at the high school and junior college levels. He started his coaching career at Agua Fria High School, where the Owls won back-to-back state titles in his five years with the program. He then coached 11 seasons as the offensive line coach and recruiting coordinator at Glendale Community College, helping 231 players find four year programs.
“Over the past eleven years, I have proudly coached at Glendale Community College where I got the chance to help many young men achieve goals that other people thought were not likely,” Jewell said “Many of which people told were too small, too slow, not talented enough or poor students. Seeing those kids succeed in life stands out to me more than any football game we ever won.
“Football coaches are judged on wins and losses but the game is much more than that to me. The relationships I have formed with my past players is something I cherish to this day.  I truly love each and every one of the kids I have coached and couldn’t be more proud of the fathers and husbands they have become. That is winning.”

Sports360AZ founder Brad Cesmat said Jewell is “as good a football mind and maker of men as I’ve been around in my 26 years in Arizona”.

Jason played at the high school level at Washington High School and Glendale Community College before accepting a scholarship to play at Northwestern before then transferring to New Mexico State.

“I have big shoes to fill. Coach Kitna did a great job last year and I have the utmost respect for Coach Molander and the foundation he laid at Brophy,” Jewell said. “I have a vision for this program but I cannot accomplish that until I have earned the players’ trust. I will do that with my actions. We will work hard and play with class.”